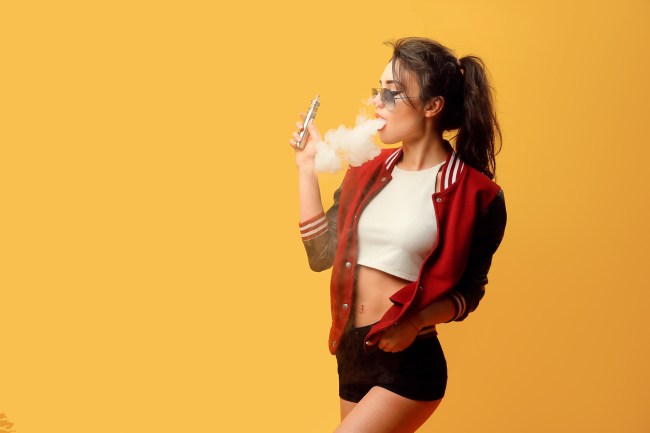 There have been 1,479 lung injury cases associated with vaping as of October 15, 2019. There has also been 33 e-cigarette-related deaths across 24 states according to the Centers for Disease Control and Prevention (CDC). But there are vape influencers and vaping models who claim that they are real victims if the e-cigarette illness crisis.

The mysterious nationwide lung illness is known as e-cigarette, or vaping, product use associated lung injury (EVALI). The CDC said that e-cigarettes with THC, especially those purchased off the street, are linked to most of the cases of the outbreak. The Food and Drug Administration (FDA) is looking into ban flavored vaping products in an attempt to protect young people. States that have some sort of vaping ban include California, Delaware, Illinois, Massachusetts, Michigan, Montana, New Jersey, New York, Oregon, Rhode Island, Utah, and Washington.

But there are vape influencers and vape models who claim that they e-cigarette bans are killing their business. There are personalities who promote vaping products on social media and get paid to do so. Some of the vaping influencers are making thousands of dollars a month by promoting vape products. A congressional report in July found that Juul Labs Inc. spent over $200,000 to attract young vapers by way of influencers.

Victoria Williams is a 26-year-old out of Savannah, Georgia, who used e-cigarettes to quit traditional cigarettes. She started using her Instagram account to show how much she enjoyed vaping. Soon enough, she gained over 58,000 followers. Now, Williams is being paid between $20 to $300 per post and was earning about $3,500 a month by promoting companies such as Skol Pods and Craze Liquids.

However, the funds have dried up following the health concerns regarding vaping. “Last month I had to borrow money from my dad to pay my rent,” Williams told the New York Post. “My car is overdue for an oil change. I’m late on credit card payments.”

In June, the Federal Trade Commission (FTC) and US Food and Drug Administration (FDA) warned four vape product companies that they must put warning labels on their e-cigarette products. The new rules also apply to social media influencers, and they must include the same warnings.

“I do use the warning labels, but I was a little reluctant,” said 24-year-old vape influencer Manuel Urzua. “I’m so into photography, and the warning labels make the pictures look so bad.” Urzua said he used to make $5,500 per month by promoting vape brands, but these days he is only earning $2,000 monthly.

Many of the vape influencers are models who utilize their physical beauty to promote vaping products and brands.

TGIF @savagecbd SERENE. Do you love apples? Well, then you'll love this flavor. Crafting this flavor from the best apple we could find, both green and red apples, we added in small notes of candied sour to bring you your next CBD favorite! #ad

@nastyjuiceeu Nasty Salts Trap Queen 🍓 #nastyjuiceeu ⚠️ Warning: this product contains nicotine. Nicotine is an addictive chemical chemical. Not for the use or sale to minors 🔞 18+ only!

Priscilla Gomez is a 22-year-old vape influencer/model from Riverside, California, who has over 123,000 Instagram followers. Priscilla says she is doing her part to prevent marketing e-cigarettes to underage kids, she blocks underage followers. “I look in my insights [an Instagram analytics tool] and look at my age demographic,” Gomez said. “If I spot underage accounts, I block them.”

I want to do very biggest lasso but space not enough so yeah 🙏🏼🔥 🎥 : @cazzrah

You can read more from the vaping influencers over at the New York Post.