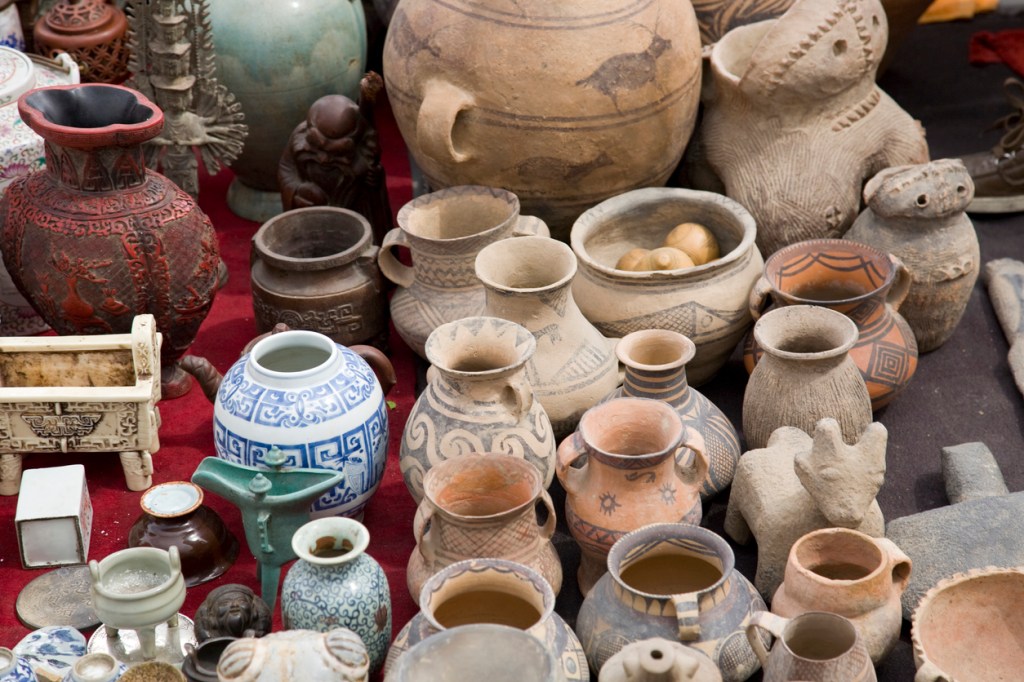 Money won or found is so much sweeter than money earned. It’s a simple fact of life. And it doesn’t get much sweeter than discovering an artifact that’s been in your kitchen for decades is actually worth millions of dollars.

The artifact in question here is an 18th-century Chinese vase marked with the symbol of the Qianlong emperor (Qing dynasty) who ruled from 1735 to 1795. It’s a royal blue vase that is quite stunning but to the UK family who doesn’t really recall when it was purchased or where it came from, it was just ‘that thing’ sitting in the family’s kitchen since some time in the 1980s.

Well, that thing in the kitchen just sold at auction for 1,200,000 GBP or approximately $1,505,868 based on the current exchange rate. According to the auction press release, the two-foot-tall vase was first spotted by Dreweatts’ Specialist Consultant for Asian Ceramics and Works of Art Mark Newstead in the 1990s.

Here’s a video on the origin story of the vase and how it came to be sold at auction for one and a half million dollars.

Mystery Vase Turns Out To Be Chinese Relic Worth Massive Fortune

The vase had passed through two generations of the family after it was initially “purchased by a surgeon in the 1980s for a few hundred pounds” and later passed to his son. According to the press release, the son had no idea how much the vase might be worth until an antique specialist spotted it and that led to the path of discovering its real value at auction.

How Did This Priceless Chinese Artifact Make It To The UK?

It remains a mystery how this vase made its way out of China. The shape is referred to as ‘heavenly globe vase’ (tianqiuping in Chinese) and was used as a shape to reference heaven in art. It features gold, silver, and turquoise and the work is stunning but still, how’d it get to the UK and spend decades in someone’s kitchen?

In an article on LiveScience, their reporter Owen Jarus spoke with Justin Jacobs who is a history professor at American University in Washington, DC. He says this ornate vase could’ve been an gift from the emperor to one of his officials that was then passed down through the generations. That family could’ve conceivably sold it in the 20th century and it could have exchanged hands several times after that.

Or, an alternative explanation the professor puts forth is it was plundered:

It could be the product of the military plunder of 1860 or 1901, which would make its auction much more morally dubious. We just don’t know [how the vase left China] and likely we never will.

Now if you all will excuse me for a minute. I’m going to start walking around my house and looking at ancient artifacts to see if there’s anything worth a fortune laying around the house. I do have a small pre-Columbian statue of a dog that I’ve never had appraised. Surely it’s worth a billion dollars, right?