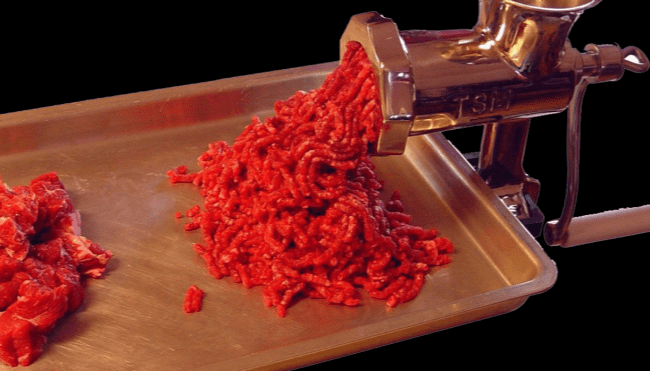 If you have ever had a hankering for a “human meat burger” then the folks over at Swedish plant-based food brand Oumph! have got just the thing for you.

The burger, which is plant-based and therefore vegan, isn’t actually make of human flesh, it just tastes like it, apparently. It also, according to the company, has the texture of a human flesh burger. (How they know these two things is a question for another day.)

It also just won an award, the Silver Brand Experience and Activation Lion, at this year’s Cannes Lions Festival of Creativity for its marketing campaign.

The Oumph! plant-based human meat burger, according to a company press release, contains mostly soya, mushrooms and wheat protein as well as plant-based fats and a mysterious spice mix.

Why would a company create a burger that tastes like human flesh?

“We developed this burger in no time as soon as we knew what taste and texture we were after,” said Oumph! co-founder, corporate chef and head of innovation Anders Linden.

It was first introduced on the eve of Halloween 2021 because “Oumph! wanted to prove that it is possible to produce plant-based products that taste like any meat and are exciting to try.”

“I am incredibly proud of this award and the great teamwork behind it! Our mission is to change how people eat, and it is our duty to use creativity as a tool to make this change happen. As a small brand we need to be bold and ready to push some boundaries to break through, and I think this campaign is a good example of us doing just that”, says Henrik Åkerman, Global Brand Leader at Oumph!

Oh, and just in case anyone was wondering, Oumph! provides a disclaimer that “NO HUMANS WERE HARMED IN THE MAKING OF THIS BURGER.”