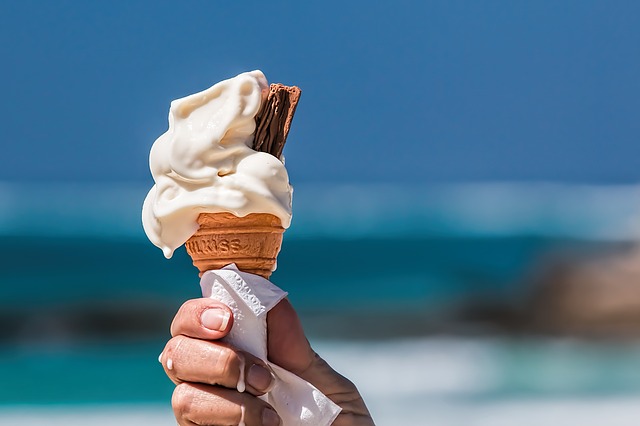 First people were “outraged” that the TV show Seinfeld was offensive and now a person is “outraged” that ice cream from Pizza Hut isn’t vegan-compliant. The year is really off to a hot start in fauxrage in only the first week.

Stop me if you’ve heard this one before, so a vegan walks into a Pizza Hut in England. Allegedly, Kori Paul Swabey was dining at the Pizza Hut in Plymouth because he was excited for the restaurant chain’s “Veganuary” offerings of vegan-friendly pizzas. Awesome job by Pizza Hut to offer vegan pizzas made with Violife vegan cheese, but they learned that you can never be vegan enough.

Kori enjoyed a vegan ‘jackfruit’ pizza and then asked the waitress if the Unlimited Ice Cream Factory was also vegan. According to the 23-year-old victim, the waitress told him the ice cream and the toppings were vegan. “The woman went away and came back and ensured me that their ice cream factory is vegan,” Swabey claims. “I asked if the toppings are all vegan too and the waitress said, ‘Yes.'” How did the waitress know that the man was vegan? Don’t worry, he told her and everyone else in a 5-mile radius.

RELATED: Subway Worker Ruins Fraudulent ‘Vegan’ Customer’s Day When She Calls Her Out For Her B.S.

However, the waitress was mistaken. “As I went over to try it, I checked the ingredients on the back of the sauce toppings and saw they contained milk,” the vegan said. “I went back to the table and told my friends, who told me to just eat the ice cream because the waitress wouldn’t be wrong.” Apparently, the vegan was tipped off that the ice cream was not vegan when it actually tasted good.

The gentleman couldn’t wait to get home to tweet about the critical injustice that he had endured. “Then when I got home, I tweeted about the new vegan menu and the fact the ice cream there is vegan too, which Pizza Hut themselves replied to tell me it isn’t.” The vegan was outraged… imagine my shock.

“This is appalling,” he said. “I am outraged – heartbroken in fact.” There’s plenty of appalling things in this world to be outraged and heartbroken about, ice cream at Pizza Hut that isn’t vegan ain’t it chief. “I feel like my lifestyle has been mocked.” Nobody is mocking your lifestyle. You got bad service from a crummy person, it happens in all walks of life to all different types of people. Not everything you experience is an assault on you. The world isn’t out to get you by not offering vegan ice cream. By saying that being told ice cream from Pizza Hut is vegan when it isn’t does not justify being “outraged” or “heartbroken.” I’m sorry, but the word “heartbroken” is usually reserved for nasty breakups or death of a loved one, not about ice cream having milk in it.

Pizza Hut did the right thing and apologized for the false information and offered a free meal. However, Kori declined and said he doesn’t want to return. “The manager said it’s really concerning. It’s like she just rushed it because it was busy.” This poor guy is melting faster than the ice cream because of him fuming over this fauxrage.

RELATED: Pizza Hut To Start Testing Out Beer And Wine Delivery And This Is A Game-Changer

Ensuring the welfare of our guests is extremely important to us. All of our nutritional and allergen information is available in a printed book in each of our restaurants and also online. All of our staff receive specialist training, however due to the variety of ingredients used within the restaurant menu, and the diverse range of enquiries, as a rule we do direct guests to check the information for themselves through the formats available. We’re sorry that in this instance, the wrong information was given to the customer as a result of human error. We are in contact with the customer and are taking appropriate action at this restaurant to make sure it doesn’t happen again.

“It’s a mistake that shouldn’t have happened, I could have had an allergy to milk,” Swabey said. “Even though I haven’t been vegan long, it’s still something I’m passionate and serious about.” He added, “I should be able to eat somewhere and know exactly what it is I’m eating.” Well, probably, but look at hot dogs, do you know exactly what you’re eating?

Did this individual never watch the non-fat yogurt episode of Seinfeld?

RELATED: Aquarium Forced To Apologize For Calling A Sea Otter ‘Thicc’ Because The Internet Was Outraged Is Peak 2018