‘Venom 2’ Director Gets High On Own Supply, Hilariously Claims The Movie Is A “Love Story” 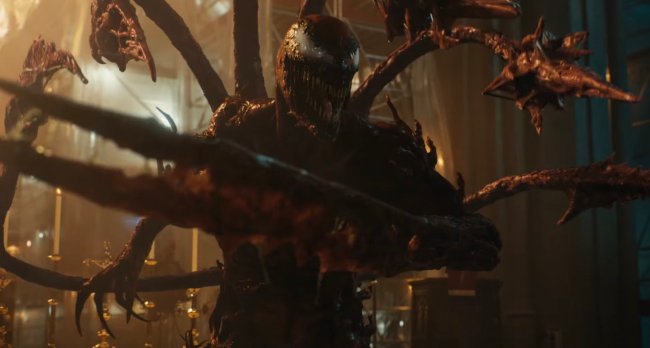 Everything about the Venom movies fascinates me. From the fact that it’s a Spier-Man franchise without the friendly neighborhood Spider-Man to its somewhat mind-blowing box office return: of its respectable $855 million worldwide haul, only about $215 million of it was earned in the United States.

Because of that massive box office return, though, a sequel was a no-brainer for Sony, who essentially put the film into production immediately following the release of the original.

The sequel, Venom: Let There Carnage, looks every bit as ridiculous as its predecessor, especially when you consider that Woody Harrelson is joining the party as serial killer Cletus Kasady, a.k.a. Carnage. Despite this insanity, though, according to director Andy Serkis, Venom 2 is actually… a love story?

“The film is a love story – but not the love story you might think … It’s very much about the extraordinary relationship between symbiote and host. Any love affair has its pitfalls, its high points and low points; Venom and Eddie’s relationship absolutely causes problems and stress, and they have a near-hatred for each other. But they have to be with each other – they can’t live without each other. That’s companionship – love – the things that relationships are really about.” [via ComicBook]

Now, despite my vague bemusement when it comes to the Venom franchise, I am still looking forward to Let There Be Carnage, which Sony announced over the weekend would be hitting theaters on October 1 instead of October 15, moving the film’s release date up two weeks following the massive box office success of Shang-Chi and the Legend of the Ten Rings, which racked up close $85 million over Labor Day Weekend. Why? Because sometimes it doesn’t matter how good a movie is — sometimes people just want to watch two CGI goo monsters deliver corny one-liners and beat the hell out of each other, especially when those CGI monsters are played by the always-ready-and-willing-to-get-weird Tom Hardy and Woody Harrelson.

Venom: Let There Be Carnage will hit theaters in the United States on Friday, October 1.