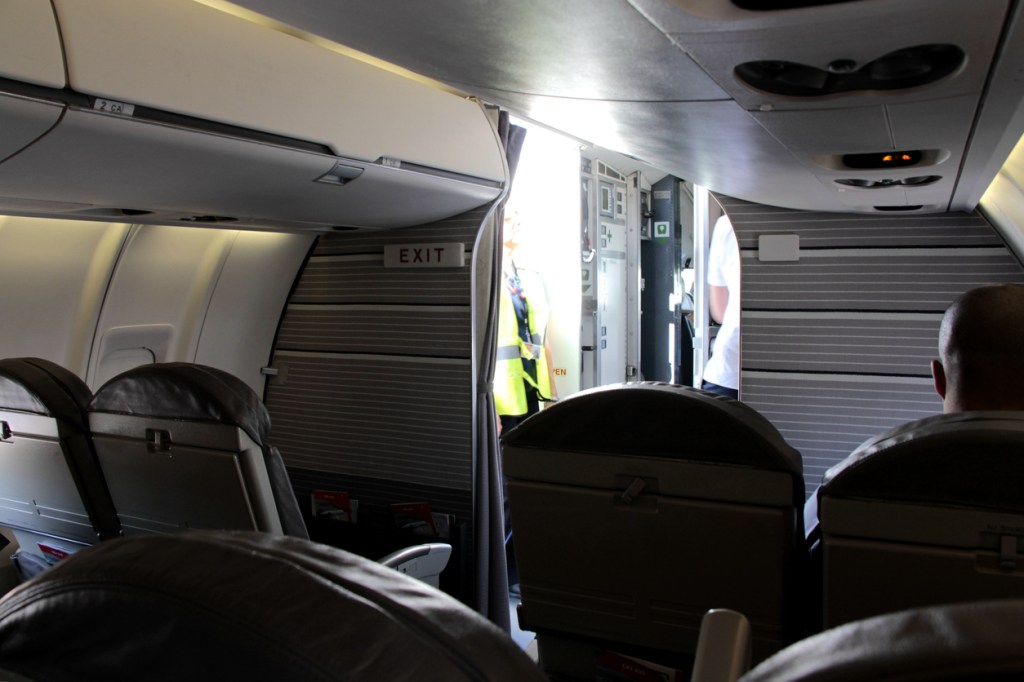 Flying has never been a particularly enjoyable travel experience but it’s only gotten worse over the past year and a half. The lines are longer. Travelers are more irritable. And some people out there have truly lost their dang minds. A case in point is this American Airlines passenger who was restrained and taped to her seat after she tried to open the plane’s door.

This incident took place over the weekend on American Airlines flight 1774 from Dallas-Forth Worth to Charlotte. It almost certainly would have received nationwide coverage even if someone didn’t film a quick video that was later posted to TikTok and every other social media network.

It is quite disturbing to see a person restrained and duct-taped to their airline seat as other passengers file by while getting off the planet. But it seems clear that the correct call was made after this passenger attacked a flight attendant and then endangered every life on the plane.

American Airlines passenger was duct taped to her seat after she tried to open the plane door, then bit a flight attendant. pic.twitter.com/nDsu3GWnOP

According to a report in USA Today the flight had 190 passengers and 6 crew members on board. The passenger was restrained using ‘flex cuffs and restraint tape’ until the plane successfully landed in Charlotte at which point the woman was taken to a hospital. One of the passengers on the plane remarked the woman seemed “off and very odd”.

I’d legitimately be losing my mind if I was another passenger on that flight and some person who appeared to have lost their mind was trying to take down the flight. It does seem like there was A LOT more going on here than just someone have a ‘bad day’ and I’m sure this isn’t the last we’ll hear about this story but MY GOD that is a wild situation. And it doesn’t make me feel too good about flying every other weekend for the next few months.