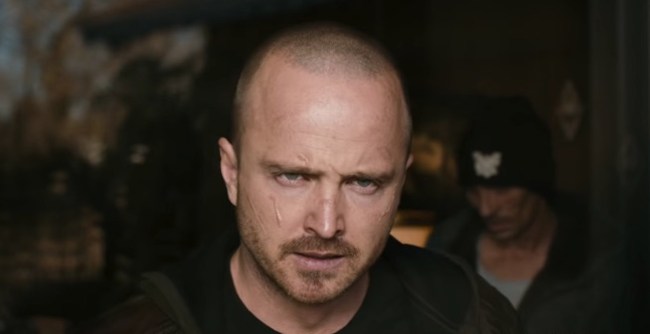 More than six years after its epic and beloved series finale aired, Breaking Bad returned to our lives this weekend with the release of El Camino: A Breaking Bad Movie, the highly-anticipated Jesse Pinkman sequel film that picks up mere moments after the legendary AMC drama series came to a close.

Warning: spoilers for El Camino will follow even though the comments were made in 2013.

Heading into El Camino‘s release, fans were justifiably concerned about whether or not the film would be a worthy addition to the Breaking Bad mythos considering how perfectly the extraordinary series came to a close.

Luckily for fans of the adored drama, El Camino works due to its clear intention: the properly conclude the story of Jesse Pinkman. Obviously, this is something that series creator == and El Camino writer and director — wanted to address, as he was already discussing what would come of Jesse Pinkman all the way back in 2013.

Speaking to GQ six years ago, Gilligan discussed what he “hoped” became of Pinkman following the conclusion of Breaking Bad and it sure sounds a lot like what ultimately unfolds in El Camino:

“My personal feeling is that he got away. But the most likely thing, as negative as this sounds, is that they’re going to find this kid’s fingerprints all over this lab and they’re going to find him within a day or a week or a month. And he’s still going to be on the hook for the murder of two federal agents. But yeah, even though that’s the most likely outcome, the way I see it is that he got away and got to Alaska, changed his name, and had a new life. You want that for the kid. He deserves it.”

As Gilligan has mentioned before, he began imagining what a potential Breaking Bad sequel would look like prior to the series finale, so it should come as no surprise that the final chapter of Jesse Pinkman’s tragic saga was already rattling around in his ingenious mind.