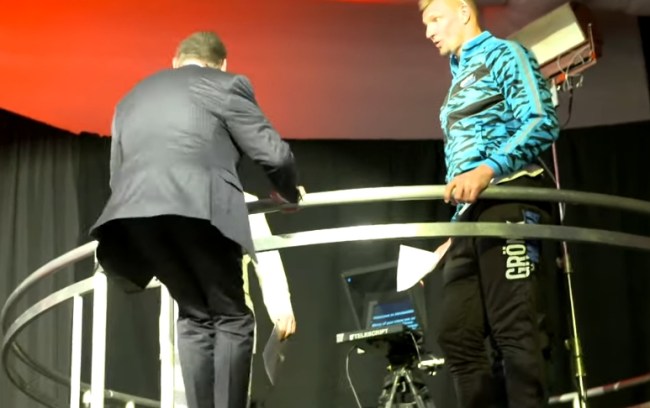 Just before WrestleMania 36 this year, rumors spread on the internet that Vince McMahon jumped off a platform at the WWE Performance center just to prove to Rob Gronkowski that the stunt was safe.

In a clip from “WWE 24: WrestleMania: The Show Must Go On,” which premieres this Sunday on WWE Network, video footage now exists of the 76-year-old billionaire confirming those rumors.

Current WWE Champion, Drew McIntyre, says in the clip that McMahon wouldn’t ask a performer to do something that he wouldn’t be willing to do himself and then shows footage of McMahon zip-lining down to the ring like Shawn Michaels at WrestleMania XII.

This stunt was way safer than hanging from the rafters for the now much older McMahon, but still, the guy has a ton of balls to put his body on the line just to make a pro athlete feel better about taking a bump.

My dad is 76. If he attempted this jump, he’d be in traction for a month. It would be a long rehab time for both of us – he’d be recovering while I’d have to listen to “why the hell did you let me jump?!?” every day.