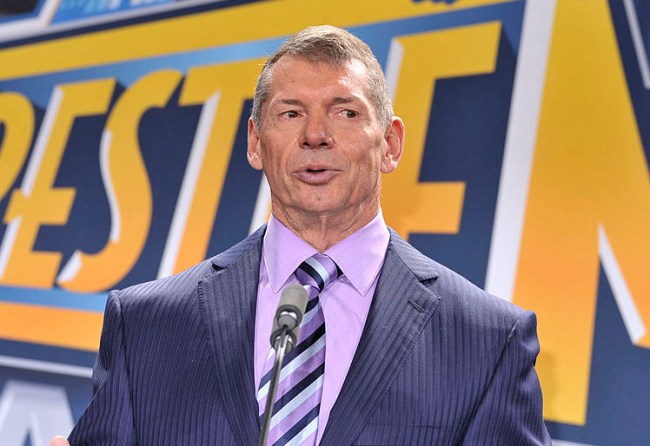 Rob Gronkowski shed plenty of light on the toll football had taken on his body following his retirement last year, and when you consider he estimated he’d suffered 20 concussions over the course of his career (although he claims he figured out how to fix any CTE that may have resulted from them), it was only natural that he’d eventually pivot to professional wrestling, an athletic realm that has famously never been associated with any head trauma whatsoever.

Gronk had previously made an appearance at Wrestlemania 33 in 2017, where he came to the aid of Mojo Rawley to help his buddy win the Andre the Giant Memorial Battle Royal.

Given his medical history, it wasn’t entirely clear what his role would be when he signed with the WWE back in March but we eventually got our answer when it was revealed he’d be serving as the master of ceremonies at WrestleMania 36.

However, Gronk didn’t just commentate on the action over the course of the two-night event, as he also got in on the mix when he launched himself off of a platform onto the group of wrestlers congregated below him and subsequently pinned Rawley to walk away with the 24/7 Title belt (which the WWE recently reminded him he’ll still have to defend at any time despite returning to the NFL).

It appears Gronk was understandably hesitant to take the leap at first, as a number of sources spoke to Fightful and said he was initially petrified by the idea until getting some reassurance from Vince McMahon, who managed to put his mind at ease by jumping off of the tower himself at the ripe young age of 74.

When you consider McMahon once tried to run one of his writers off of a highway in order to win a race, it doesn’t come as too much of a surprise that he was bold enough to go to the lengths he did to convince Gronkowski the dive was safe despite his age.

With that said, one WWE insider said they still had to get a bit creative with camera angles to make the stunt seem more impressive than it looked in person, as they compared Gronk to “a toddler jumping into the pool for the first time” when describing what spectators in the training center that hosted this year’s fairly untraditional WrestleMania witnessed.

Sure, it may not have been as impressive as Jeff Hardy launching himself off of a giant ladder or Mankind getting tossed off the top of the cage at Hell in a Cell but props to Gronk for stepping up to do what most of us probably wouldn’t if presented with the same opportunity.