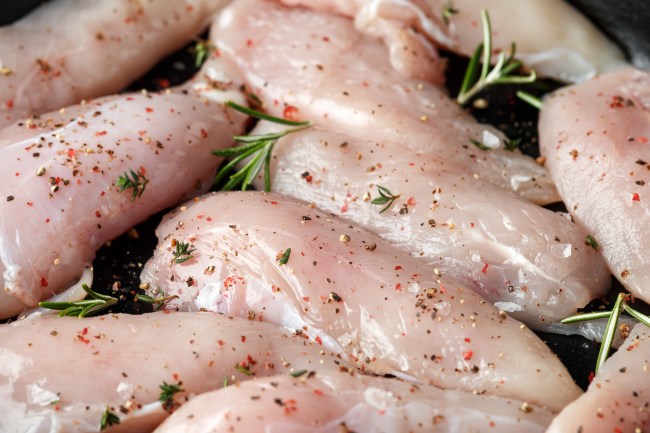 Welp, hand up. I was officially on the wrong side of history. I was so quick to mock and dismiss the impending Area 51 raid as just something that would momentarily occupy the unemployed and grown men with pony tails.

But, after seeing a confounding viral video of a piece of raw chicken (or is it???) literally come back to life and flubber itself off the table, I am convinced we are not alone.

The footage was posted to Facebook by Florida woman Rie Phillips and has already amassed 4 million views. Now there are 4 million more Area 51 soldiers.

The last time I witnessed something dead come back to life on its own powers, my mom whispered in my ear that she was making pizza rolls when I was passed out drunk.

After further research, I was pleased to find that this horrifying phenomenon can occur when the chicken is so fresh that the muscles are still firing off signals. So I guess the real indicator of whether or not you’re at a world-class restaurant is if your chicken starts doing the Macarena.

Just incase that is a load of crap, I plan on locking my doors and telling those close to me I love them. Anyone know this guy’s number?