Virgil Abloh, Off-White Creator And Artistic Director For Louis Vuitton, Is Getting CRUSHED For Donating $50 To A Cause 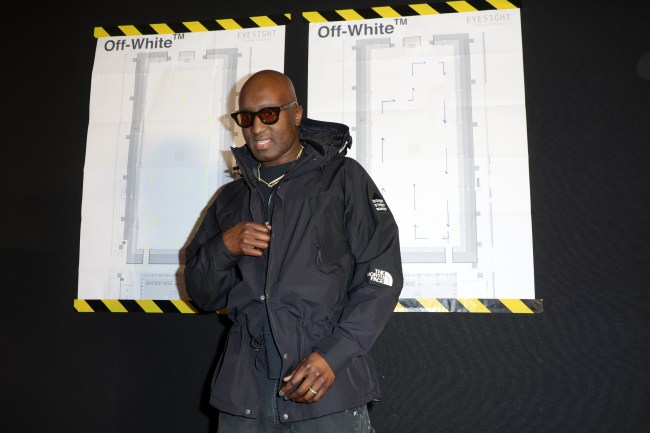 Virgil Abloh, folks. Dude hasn’t taken an L in a long, long time, so I suppose he was due. Everything he touches turns to fashion gold. If you’re not a sneakerhead, every pair of his “The Ten” collaboration with Nike has become a holy, holy grail (especially the Chicago Jordan 1). His streetwear fashion brand Off-White is coveted for its funky messaging and designs. On top of that, he was hired as the head artistic director for Louis Vuitton. EVER HEARD OF IT?! Virgil, so hot right now, Virgil.

Which is why Virgil’s posting of a $50 donation on his instagram to a bail fund in Miami seems… small. There’s something about seeing his sneakers’ resale value skyrocket into the $3000+ range that stands at odds with a $50 donation. Granted, Virgil isn’t getting that resale money—that goes straight into the pockets of dudes who sleep in REI camping chairs for three days outside Kith to get their pair. But I think it’s safe to say that Virgil Abloh can do better than $50.

I googled his net worth. Some bullshit website said $4 million. No chance it’s that low. FarFetch bought Off-White’s parents company, New Guards Group, for $675 million last year as part of a deal that also included Heron Preston and Palm Angels. Hard to know exactly how that shakes out for Virgil, but $4 million seems inaccurately low.

Point is, $50 is not the donation to post on your IG. When it comes to charitable donations, the ultimate flex is an anonymous donation. That’s truly fuck-you money, as in “I’m so rich, I don’t even need people to know how good I am.” Posting an instagram story of your anonymous donation, while self-defeating, might be the way. Otherwise, you’re going to need that number to be five figures minimum.