Warner Bros. Is Getting Slaughtered For, Once Again, Delaying Various DC Films Such As ‘Aquaman 2’ 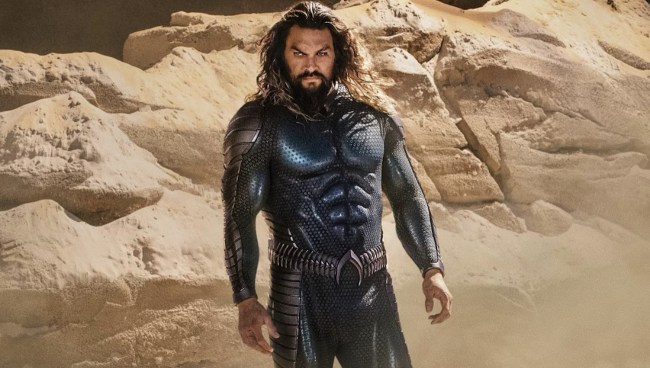 Stop us if you’ve heard this one before: Warner Bros. has delayed a handful of DC Films, including the likes of Aquaman and the Lost Kingdom.

Earlier this year, Aquaman and the Lost Kingdom was set to hit theaters around Christmas time before it was then delayed to March 2023. That date, though, has been changed once again, as the film will now release NINE MONTHS LATER on December 25, 2023.

Given the length of the delay, some fans have begun speculating that the film would be doing reshoots in order to remove Mera, the character played by embattled actress Amber Heard. Most people, however, saw it as yet another reminder of what a mess the DCEU has been for the decade or so it’s been in existence.

Movie fans roast Warner Bros. for once again delaying Aquaman and the Lost Kingdom and Shazam! Fury of the Gods

Warner Bros ain’t been right since they fired this MF pic.twitter.com/qGLkr4kRqP

Actually starting to enjoy the DCEU chaos. If you can’t beat ‘em, join em. Let’s have Batman fuck a prostitute in the next movie. Wonder Woman gets canceled. The Flash develops a cocaine habit. How insane can we truly make this franchise? https://t.co/hbIEZsvqT1

Aquaman 2 being slated to release December 2022 and then getting delayed so many times that it gets pushed to December 2023 is actually insane.

what the fuck is going on at WB

So now Aquaman comes out after The Flash again which likely means the Ben Affleck scene that was just shot will now be replaced by the original Keaton scene. Lmao.

We really just observed Warner Bros self destruct in under a week, wow https://t.co/JfGPFr0jVO

I got to hand it to david zaslav, in just under a month he’s turned warner bros into the laughing stock of the industry, lost roughly the budget of a small country trying to recoup 1/5 of that, and alienated both top talent and their audiences, all for a smackrel of profit

DAMN, I wonder how that happened. pic.twitter.com/NUnF5Wky60

Warner Bros Discovery in the span of a month: pic.twitter.com/shj0H2d2vC

To make matters ever more embarrassing for the newly formed Warner Bros. Discovery conglomerate, reports seem to indicate that the various delays — which also included movies outside of the DC Films umbrella — were due to the fact that they don’t have the money to release any more than two films for the remainder of 2022.

Warner Bros. has reportedly delayed some of their upcoming slate because they only have enough money to release 2 more films this year 💰

While the Aquaman sequel may have been bumped by almost an entire year, the delay of the Shazam! was a bit less severe, as that will now hit theaters on March 17, 2023 instead of its previous December 21, 2022 date. As a result of the delay, the film will now no longer have to compete at the box office with the likely behemoth and long-awaited Avatar sequel, Avatar: The Way of the Water.

RELATED: Warner Bros. President Take Brutal Shot At ‘Batgirl’ When Explaining Why The Film Got Canned