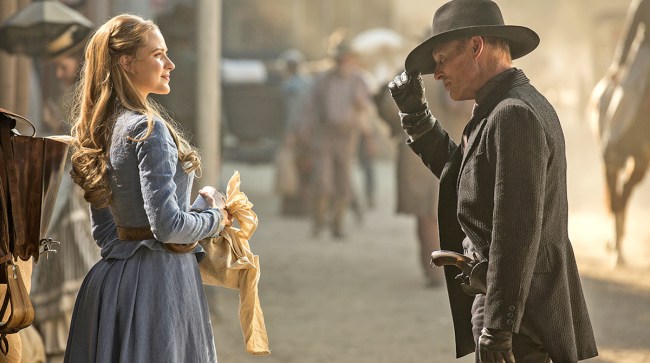 I’ve recently been thinking about investing in physical media. I was doing some Christmas shopping in my neighborhood and I walked by my local record store, where I noticed a box of DVDs on sale.

And there were some bangers in there. A couple Lord of the Rings movies, some Bond movies. The Magnificent Seven and the Ocean’s trilogy. Plus, 10 for $5! So, needless to say, I now have 20 more DVDs in my collection.

The reason that physical media is making a comeback recently — at least in movie nerd circles — is that the age of streaming as introduced an entirely new variable into the equation, and that’s a media company’s ability to delete something off of their streaming service, and therefore, existence. Case and point: reports that Warner Bros. Discovery is removing Westworld (yes, WESTWORLD!) from HBO Max.

Now, while Westworld was canceled at HBO just a few weeks ago and is far from the show it was at its peak, the fact remains that it was, somewhat recently, HBO’s *biggest* show. And now it’s just… gone?

Needless to say, whether you kept up with Westworld through all four of its seasons or tuned out after the first, TV fans were left bewildered by the reports that the series is set to be stricken from the proverbial streaming record.

WESTWORLD had the most-watched first season of any HBO original series at the time of its premiere, so its erasure from streaming six years later feels like the highest-profile (and therefore most mind-numbingly stupid) instance of this cost-cutting strategy to date. https://t.co/bI5kcuuM4a

WESTWORLD started off sucking and then it sucked much worse, but the fact that HBO is happy to just disappear a series it spent almost half a billion dollars on seems a little worrisome for … everything else

the fuck do you mean they’re removing westworld https://t.co/H1At93FL0O

If HBO Max is feeling comfortable enough to literally wipe WESTWORLD?? One of its tentpole shows?? from its streaming platform, mere weeks after its last season wrapped and was unceremoniously cancelled? They truly don’t give a shit about creators or their own paying audience.

hey, what's worse? a fan downloading Westworld illegally bcz they love it — or a network burying its own property so it doesn't have to pay residuals to the creators? https://t.co/MOg6koanS5

WESTWORLD getting canceled before the final wrap up season *and* being removed from HBO Max is just foul yo. pic.twitter.com/F2YgcdhjpT

Holy shit. Even with Zaslav being so Zaslav, this one floors me. Even though its numbers dropped, Westworld was a big deal show for HBO. This seems to underline that we shouldn't assume anything will stay on HBO Max going forward. https://t.co/vlPVgrObl3

Verb tenses have meaning. Either "Westworld" is being pulled from HBO Max (the article gives no timetable) or it has been pulled (thus far, it has not). This is all confusing enough without pretending past and present are the same, which is actually appropriate for "Westworld." pic.twitter.com/JgIJsMoq1v

I feel like Westworld just getting nuked marks a pretty firm end to the concept of any kind of golden age of streaming. absolute nonsense https://t.co/9zKHkQlWAv

Pulling Westworld makes no fucking sense in the slightest. Zaslav is a ghoul. https://t.co/NYa3qetSSN

While the show was far from perfect in its entirety, the first season of Westworld remains excellent and makes the series worth keeping around in and of itself. In fact, I’d go as far as saying that the season one finale of Westworld featured one of my favorite TV moments of all time, and that’s the climactic conversation between Anthony Hopkins’ Ford and Jeffrey Wright’s Bernard.

RELATED: This Is What It’s Like To Direct Anthony Hopkins When He’s In The Zone, According To The Creator Of ‘Westworld’