Warner Bros. Rumored To Be Eyeing Matthew McConaughey To Play An Iconic Villain In ‘The Batman’ 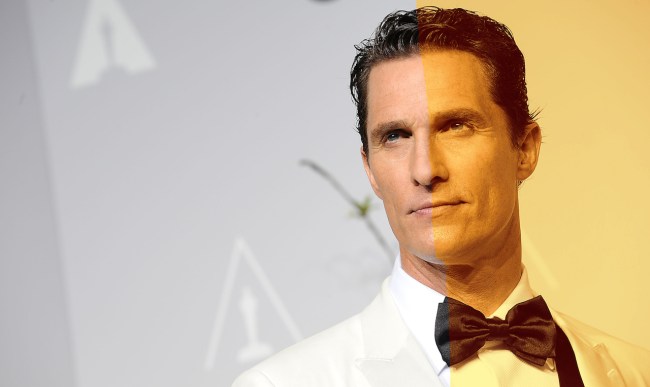 Over the course of the last month, comic book fans have been treated to an onslaught of casting news regarding The Batman, the Matt Reeves directed take on the Dark Knight that’s set to be released in 2021.

Described as a detective story that will intertwine with some of Gotham City’s most iconic and infamous rogues, The Batman is set to feature various Batman enemies such as Catwoman, Riddler, Penguin, and more.

Plus, given that The Batman is set to establish what amounts to an entirely new Batman cinematic universe, Gotham City district attorney turned deranged supervillain Harvey Dent is guaranteed to make an appearance in some way, shape, or form. The only question that remains at this point is who is going to play him.

And according to a recent rumor from We Got This Covered, Warner Bros. is reportedly eyeing Academy Award-winning actor Matthew McConaughey for the role.

We’re learning that Warner Bros. are eyeing Matthew McConaughey for Two-Face/Harvey Dent. At least, that’s according to our sources, the same ones who told us a Green Lantern show was in development and who revealed Mahershala Ali was supposed to play Jim Gordon in The Batman before he dropped out – both of which we know to be true now. [We Got This Covered]

Thus far, Warner Bros. has absolutely nailed their casting choices for The Batman. In addition to Robert Pattinson as Bruce Wayne, The Batman is also set to star Zoe Kravitz as Catwoman, Paul Dano as Riddler, and Jeffrey Wright as Commissioner Gordon.

If they’re able to land McConaughey for the role of Harvey Dent, they will have hit another casting home run, as the Academy Award winner not only has the looks, but he’s obviously got the acting chops to portray a character that is perhaps Batman’s most complex and sympathetic enemy.