Warner Bros. Plans To Release ‘Up To Four’ DC Films Per Year Starting In 2022 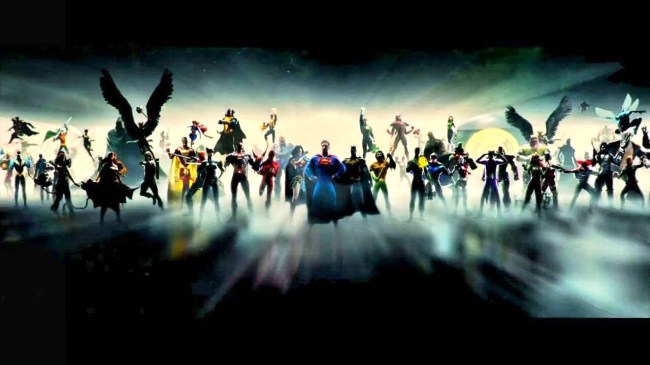 I remember when the superhero movie explosion was first beginning, there was a debate around whether or not fatigue would kick in. That the comic book bubble would burst. As it ultimately turned out, as we head into the 13th year of the CBME (comic book movie era, which began in earnest in 2008 with the release of The Dark Knight and Iron Man), the audience’s appetite is stronger than ever, as both of the major power players in the space — Marvel and DC — set to enter new eras of record output.

Over in the Marvel Cinematic Universe, Disney is releasing 10 projects — both films and TV series on Disney+ — in 2021, and now, Warner Bros. has announced in a recent interview with the New York Times that they plan on releasing “up to four” films per year beginning in 2022.

Just don’t fuck ‘The Batman’ up. That’s honestly all I’m asking for at this point. Please. pic.twitter.com/CMEQ9ZoE6O

The most expensive DC movies (up to four a year, starting in 2022) are designed for release in theaters, Mr. Hamada said. Additional superhero films (two annually is the goal, perhaps focused on riskier characters like Batgirl and Static Shock) will arrive exclusively on HBO Max, the fledgling streaming service owned by WarnerMedia.

In addition, DC Films, which is part of Warner Bros., will work with filmmakers to develop movie offshoots — TV series that will run on HBO Max and interconnect with their big-screen endeavors. [via New York Times]

As for how the studio plans to sustain this level of output, the DCEU (and the MCU, for that matter), will be introducing the concept of the multiverse, allowing for multiple stories to take place at the same time. The current DCEU, the one with Gal Gadot’s Wonder Woman, will be Earth 1, while the upcoming Robert Pattinson-starring The Batman will take place in Earth 2, with the multiverse-spanning The Flash — which will feature both Michael Keaton and Ben Affleck’s versions of Batman — set to bridge the two.