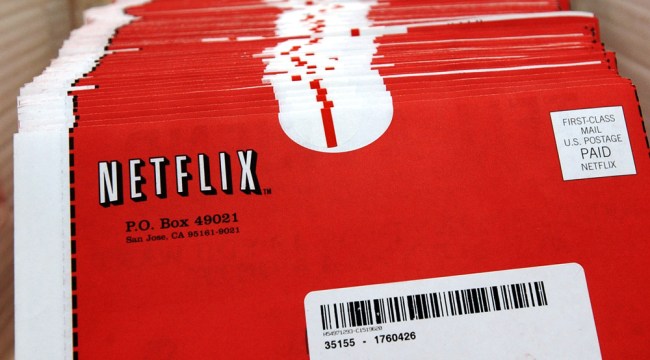 It is hard to believe what with today’s world being filled with so may streaming services like HBO Go, Netflix, Amazon Prime Video,
Hulu and the like that there was once a day where watching movies and TV shows on a computer was unheard of (and literally impossible to do).

Can even imagine what trying to watch a movie on Netflix in 1995, back in the days of sites and services like Excite, Lycos, WebCrawler, and AOL Instant Messenger, would have been like? Now you can. And it’s anything but chill.

For those of you who weren’t old enough to surf the world wide web back in 1995 (or even born yet), back then you had to “dial-up” the internet on, if you were lucky, a 56K modem to get connected. More than likely, as in the video below, you would get connected at something around 14.6 Kbps and it downloading literally anything of any size took hours. So streaming a movie back then? No chance. Oh yeah, you also probably would have ended up paying your ISP a couple hundred dollars in extra data charges to boot.

This is why, as you can see in the photo above, people actually used Netflix’s web site to make lists of what physical DVDs they wanted to see and then waited for them to arrive via snail mail.

Yes, it was quite a world we lived in back then.