We Should Be Celebrating, Not Shaming, Larsa Pippen 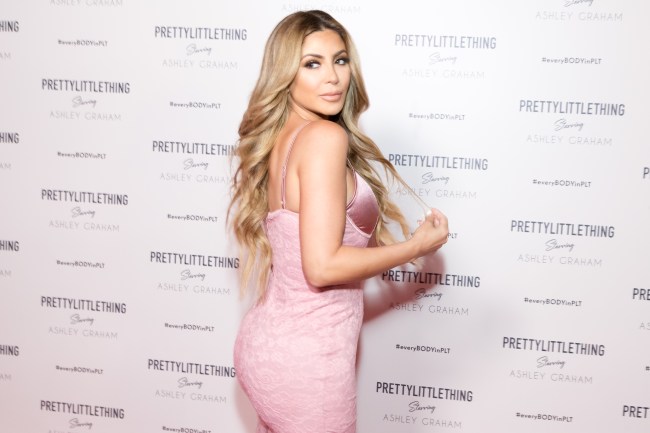 What a month Larsa Pippen is having. I say month because I’m an ignorant moron. She’s clearly been on fire since… the early 90s? The mid-90s? I had never even heard of this woman until two weeks ago, when she started popping up on every website starved for content, scraping the bottom of the rumor barrel as we close down 2020. Seriously, the word ubiquitous comes to mind. Larsa Pippen is ubiquitous these days.

Most of the stories concentrate on her boppingness. She’s a bopper, no doubt. You know, someone who bops around. Never still. A human whack-a-mole. Forever engaged in a high-stakes game of musical chairs. Except instead of music, it’s social media/tabloid sensations. And instead of chairs, it’s NBA players. And why wouldn’t they be? You never forget your first love, and Larsa’s first love was Scottie Pippen—one of the greatest, most underpaid NBA players of all time. Married for almost 20 years, Scottie and Larsa split in 2016 following rumors that she had engaged in an affair with Future. Allegedly.

So, what’s she up to now? Well, you’d have to call it one of the greatest rebound streaks of all time. Larsa is doing what any red-blooded MALE would do, according to our outdated gender stereotypes. What do we tell our buddy after he gets out of a long-term relationship? “Get out there and play the field.” Clearly, someone told Larsa to test the waters, and she took it to heart.

In addition to Future, Larsa has been linked to Ben Simmons, Tristan Thompson, some Raptors benchwarmer named Eric Moreland, and now Malik Beasley. What’s more, she’s up to her thigh-high boots in Kardashian Kulture. Her latest conquest with Beasley took the internet by storm, as the two were photographed holding hands in public despite Beasley’s ongoing marriage. Larsa Pippen legitimately had Beasley shooting his shot in her COMMENTS on Instagram… while married! Who is this wizard of a woman?!!

Malik Beasley went all in pic.twitter.com/1Yi5TiRUxR

(Beasley’s wife is now apparently filing for divorce. That photo was the first time she learned that anything was amiss. Dear lord.)

All of this has been accompanied by accusations that Larsa is a home-wrecker; that she’s ruining her son Scotty Jr.’s life. People are posting clips of tremendous passing sequences and likening them to NBA players passing Larsa Pippen around:

I’ll admit, I love a good passing sequence as much as Greg Poppovich. But here’s the thing: I won’t stand for anyone who slut-shames Larsa Pippen. Won’t have it. I wasn’t raised in a pro-feminist household—helmed by a brilliant, ambitious  mother and a successful, entrepreneurial sister—only to stand idly by as the internet drags Larsa Pippen for living her best life. I didn’t read the front jacket cover blurbs of Sheryl Sandberg’s Lean In and Michelle Obama’s Becoming to allow this sort of antiquated female degradation to fly in 2020. How could I possibly call myself an ally to women’s causes, an embracer of equality in both the workplace and the celebrity dating space, if I were to ignore the unfair shots being thrown at my proud, angelic kween Larsa?

We champion Leonardo DiCaprio, George Clooney, Derek Jeter, and Cristiano Ronaldo for the long list of lovely ladies they’ve dated. We must apply that same admiration to Larsa Pippen, whose longevity alone deserves comparisons to Tom Brady himself. At 46, she’s at the top of the game.

So know this, internet: the next time I see one of these memes?

Or one of these:

How Larsa Pippen gets passed around the NBA pic.twitter.com/XKlRC2xthf

I will rain down upon thee with the power of a thousand suns. Or at least seven suns.

Lest we needed reminding, that clip should put Larsa’s dating rotation in perspective.