Are The New Wendy’s Spicy Chicken Sandwich Pringles Worth Tracking Down? We Tried Them To Find Out 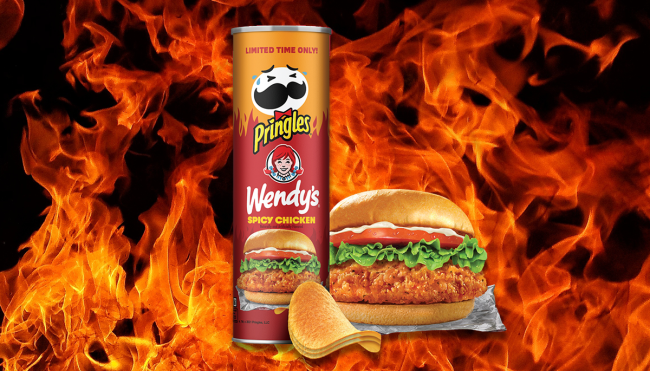 A few years ago, Pringles decided to celebrate Thanksgiving by unleashing some new holiday-inspired flavors onto an unsuspecting world in the form of an eight-course (and entirely potato-based) spread featuring Pumpkin Pie, Cranberry Sauce, and a few other varieties no one had ever really asked for but got anyway.

Since then, the brand has tinkered with those creations and even attempted to capture the essence of a Turducken in one of the stackable treats it’s legally prohibited from referring to as potato chips.

It’s worth noting those examples were far from the first time Pringles was too preoccupied with whether or not it could whip up a new flavor to take a minute to ponder if it should. Sure, a Green Bean Casserole option might not be that appealing, but it sounds downright mouth-watering when measured against objectively offensive culinary abominations designed to taste like shrimp cocktail and whatever the hell “Mayo Cheese” is.

As a longtime Pringles aficionado, I was intrigued by those Thanksgiving offerings but wasn’t able to get my hands on them. Thankfully, the folks behind them were nice enough to make sure I wouldn’t miss out on a new collaboration that spawned a flavor I think most people would actually want to try: a Wendy’s Spicy Chicken Sandwich.

Last week, the two brands revealed they’d joined forces and channeled their inner Willy Wonka to try to pack the taste of what is arguably the best item Wendy’s has to offer into a single bite. The limited-edition tubes officially started hitting shelves across the United States this week, and I popped open one of them to see if they’re worth tracking down. 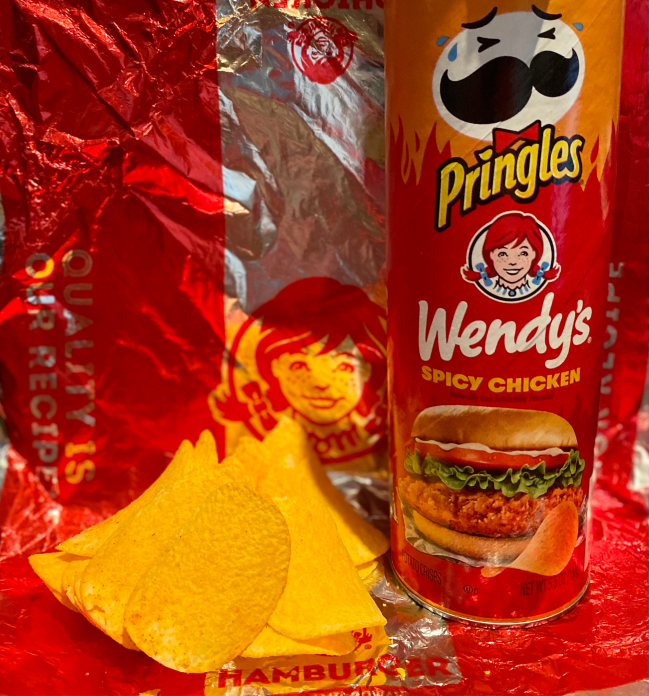 Part of the reason Pringles is able to produce some of their more daring flavors in the first place is due to how relatively subdued its signature potato crisps are in the flavor department. I should stress that’s not a knock against them, as that quality is what makes it impossible to eat less than two dozen of them in a single sitting and makes them an ideal delivery vehicle for whatever coating the brand’s masterminds whip up.

It’s safe to say Wendy’s Spicy Chicken Sandwich is a bit more complex. The fiery deep-fried centerpiece is obviously the main attraction, but it’s all tied together by the lettuce, tomato, and mayo that get to know each other inside the bun. As a result, I was curious how that combo of flavors would be distilled, and I got my answer as soon as I took a bite.

These wouldn’t exactly make a Hot Ones guest tap out, but with that said, “spicy” is definitely the operative word here. It takes a few seconds to kick in, but once it does, you’ll be treated to a pleasant heat along with the familiar taste of the seasonings that give the sandwich the bulk of its flavor.

If you were hoping for a more balanced approach that accurately reflects what you get at Wendy’s, you’ll probably be disappointed. However, if you were honestly expecting that from a Pringle, you probably need to rethink your standards a bit. I wouldn’t necessarily go out of my way to track these down, but if you come across them in the wild, I’d suggest scooping them up before they’re gone for good.