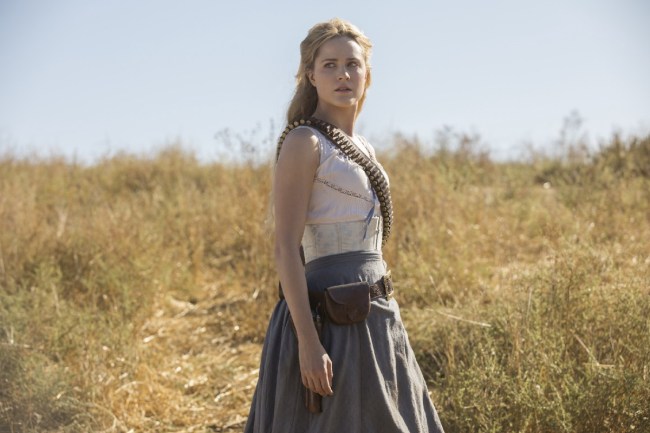 We are just a few shorts weeks away from the Westworld Season 2 premiere on HBO and they’ve just released the chaos-filled Season 2 trailer to get you hyped. HBO turned all the heads at SXSW 2018 in Austin a few weeks ago by recreating the Old Western town inside of the park on the outskirts of Austin. Visitors were able to immerse themselves in ‘the park’, there were actors like James Marsden on hand to meet fans, and it created more buzz than any other brand party in Austin.

Now, HBO is creating buzz with the release of this awesome trailer which builds in intensity up to the point when we see parts of the Westworld world that we’ve never seen before from the Samurai camp to what appears to be a futuristic mega city. Westworld Season 2 premieres on April 22 at 9pm on HBO:

All signs point to this season’s plotline taking us outside of the Westworld park as we know it from Season 1 with the writers exploring new parks, new areas of the park, and potentially even leaving the park.

Given the nature of this show, it’s impossible to know if anything we’re seeing in this trailer is a reality, a flashback, or an implanted memory in one of the AI robots. One of the most interesting aspects of Westworld is how you can take everything at face value while also looking for deeper meaning below the surface as well as interpreting every event in the context of the larger picture. So it’ll certainly be interesting to see how Westworld Season 2 stacks up against this awesome trailer.