What Happens When You Fire Pistols Stuck Inside A Concrete Block? Only One Way To Find Out 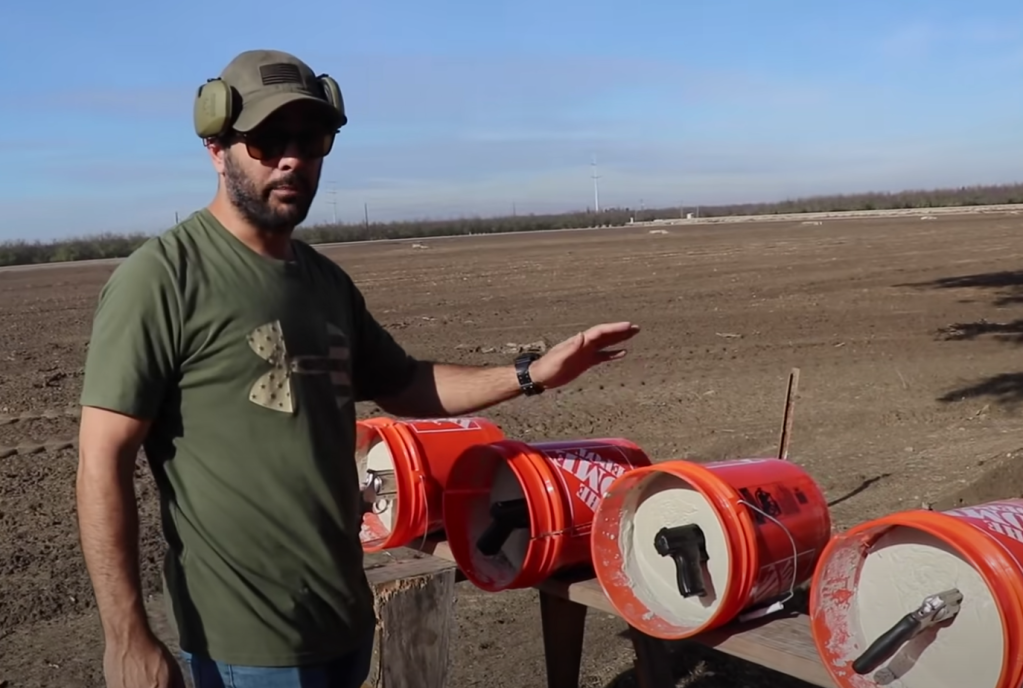 I can honestly say that I’ve never stopped to consider what would happen if you fired a pistol that was stuck inside of a concrete block just to see what happened. But I’m glad I now know the answer(s) of what will go down thanks to Edwin Sarkissian‘s YouTube channel where he stuck the barrels of four pistols inside of concrete blocks but left the triggers and firing mechanisms free so the pistols could still fire.

Realistically, I’d think the concrete would crack and not much more. The bullet has only the length of the barrel to travel before hitting the solid concrete. My hunch is the gas discharge from the barrel might do just as much damage as the bullet itself. What I’d like to see is the concrete block completely disintegrate but I’m skeptical that could happen.

I would also expect to see the pistols themselves completely destroyed from a mixture of the bullet being stopped on a dime and the gas having nowhere to go because concrete isn’t porous enough for the discharge to release.

Alas, there’s only one way to find out, right? Edwin locked four pistols into concrete blocks and fired each and we can see what happens in slow motion. Check it out: