‘What If…?’ Writer Teases Doctor Strange Episode: “Where Would Loss Lead A Man With Those Powers?” 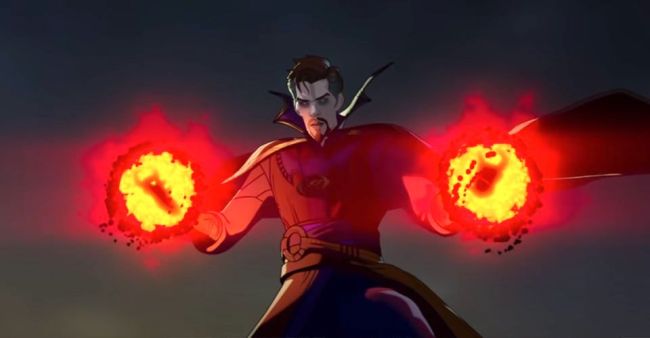 Doctor Strange is my favorite Marvel Cinematic Universe hero. The concept of time and reality has always fascinated me and Doctor Strange was the first to usher that sort of mythology in the MCU. He was the multiverse guy before Loki and Kang stole his thunder. In fact, I’ve of the opinion that he’s the Avengers’ MVP during the battle against Thanos: not only is he the one who sees the future and sets Tony Stark on his path to save the world, but when he does actually physically confront Thanos on Titan, he’s about the only one there truly able to hold his own. Plus, given the way in which the multiverse is now devolving into madness, it appears as though Strange will be once again called upon to save the world(s), as he’s set to factor heavily into both Spider-Man: No Way Home and his own highly-anticipated sequel Doctor Strange in the Multiverse of Madness.

Given my affinity for the Sorcerer Supreme, during a conversation with What If…? head writer A.C. Bradley ahead of the series premiere, I naturally jumped at the chance to ask what his episode is all about, prompting Bradley to share a fascinating tidbit about the character’s psychology.

“With Doctor Strange, it’s all about loss. It’s like, where would loss lead a man? Especially a man who has these kinds of powers. How far would he go? And then you go bigger, weirder, and wilder. But if you don’t start with that little sliver of humanity, you’ve already lost the game. Because you can have as many explosions and as many cool action sequences as you like, but if we don’t see ourselves in that hero, we’re not going to care.”

"It's all about loss. Where would loss lead a man? Especially a man who has these kinds of powers. How far would he go?" 👀🍿 pic.twitter.com/Fd4hSP47Vu

Given Doctor Strange’s multiverse-bending nature, it wouldn’t shock me if the events of his upcoming live-action film are teased in his What If…? episode.

The series premiere of What If…?, which features Haley Atwell as Captain Peggy Carter, hits Disney+ on Wednesday, August 11.