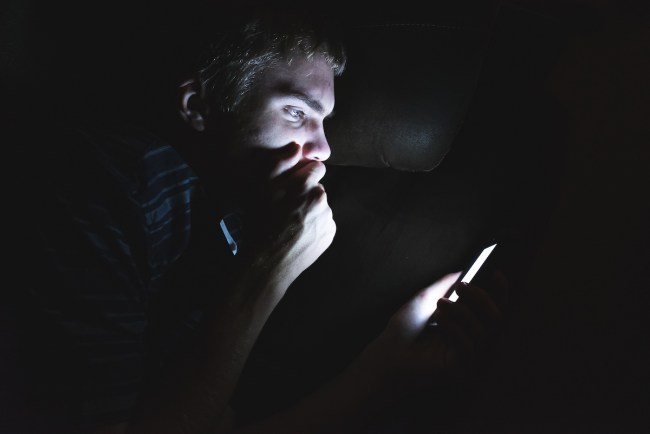 Doomscrolling. You probably do it without realizing or even know there’s a name for the habit of scrolling through news feeds and social media accounts and reading one negative post after another.

The next thing you know, an hour or more has gone by, and you’re left with nothing but a head full of negativity, stress, and probably a little eye strain.

Jeffrey Hall, a professor of communication studies at the University of Kansas in Lawrence, has spent the last ten years studying technology use in conjunction with personal relationships. Hall spoke with CNN and explained the dangers of daily doomscrolling.

Hall points out from the beginning that doomscrolling isn’t always our fault.

“Social media companies’ express goal is to gather more information about our viewing habits to capture our attention for longer periods of time. This is so they can monetize that behavior with the purpose of selling it to advertisers.

The algorithms are designed to maximize the amount of time people are paying attention to the app, and they evolve based on user engagement.

What you click on, what your eyeballs spend more time on, what you reinforce in your scrolling, tells the algorithm what you want to see more of. It becomes a funnel where you see the information you’re not interacting with less and less.”

In other words, the longer people doomscroll through Twitter, Facebook, and news apps, the more the apps learn what we want to see and feeds us more.

The other part of doomscrolling is our need for the negative. For some reason, humans love doom and gloom.

“People tend to have what’s called negativity bias when it comes to information. From an evolutionary perspective, it’s related to the idea that we needed to be more alert to threats.

If things are not particularly surprising, we can reside in a very low energy state, but as soon as we see something that’s potentially threatening or worrisome, it piques our attention.

The algorithms are picking up on what we engage in, and our attentive processes tend to focus on the more negative information.”

Think of a wreck on the highway and how people slow down near the wreck to see what happened. Humans love chaos.

So how do we stop ourselves from ingesting buckets of awful news and take back our precious time and sanity?

The first step is to stop clicking on the awful stuff.

“A researcher a long time ago said something to me that I thought was really smart,” Hall told CNN. “She said, ‘I’m constantly training my algorithm.’ When I see stuff I want to see, I click and like it, and when I see stuff I don’t like, I don’t click on it. You can push back on what you want to see by directing the algorithm to things you’d prefer to see.”

Hall’s second suggestion is to mute, unfollow, or unfriend people who are constantly spreading negative news, views, or anything that will ruin your mood.

The final way to eliminate the habit of doomscrolling is to eliminate the temptations. Turn off notifications to social media or news apps, stop getting text alerts every time the world stops crumbling, or delete the apps entirely off your phone.

If none of those work, take your phone, shove it in a drawer, and do something constructive with your free time.