Staring At Screens All Day Is Changing Your Brain And Body, And That Change Is Scary 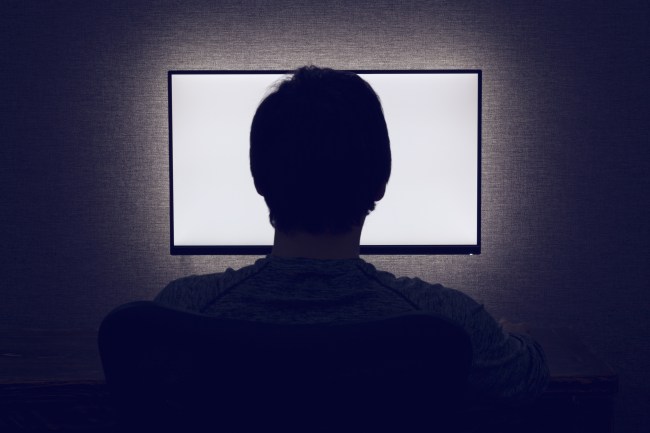 My entire job is staring at a computer screen and doing things on that computer. Typically, unless I’m out shooting video or on a trip for work, there’s no point in my day where I’m working and not staring at a screen.

When I’m not at my computer, the gym, or driving, then I’m typically staring at my iPhone or a TV. I spent 12 hours on Twitter on my iPhone in the last week alone (mostly for work though). I’m a walking poster child for someone who spends too much time staring at screens.

Watching this clip below was illuminating for me because I never stop and think about what staring at a screen for 15-hours a day on average might be doing to my body and brain. I don’t think about it because this is my livelihood at the moment. But I’m a little disturbed after finishing this clip.

For those of you that’d rather read than watch a video, I’ve got some excerpts of the video’s transcript below. You can also find a full transcript of the video in the description on YouTube:

Here are some of the more disturbing excerpts about what all of this screen time is doing to our bodies and brains:

So, what’s all this screen time actually doing to your body and brain? Humans didn’t evolve to stare at bright screens all day. And our eyes are suffering the consequences. An estimated 58% of people who work on computers experience what’s called Computer Vision Syndrome. It’s a series of symptoms that include:

– eyestrain
– blurred vision
– headaches
– and neck and back pain

And long-term, this amount of screen time could be damaging our vision permanently. Since 1971, cases of nearsightedness in the US have nearly doubled, which some scientists partly link to increased screen time. And in Asia today, nearly 90 percent of teens and adults are nearsighted. But it’s not just the brightness of our screens that affects us. It’s also the color. Screens emit a mix of red, green, and blue light — similar colors in sunlight. And over millennia, it was blue wavelengths in sunlight that helped us keep our circadian rhythms in sync with our environment. But since our circadian rhythms are more sensitive to blue light than any others

Not great, Bob. Not great at all.

The anecdote about how people using e-readers before bed produce 55% less melatonin than people reading print books really stuck with me because I’ve been taking melatonin to fall asleep most night for the past decade. And the part about how this is changing the structure of kids’ brains is creepy as hell. Screen addiction can literally be morphing future generations of Americans and we’re not doing anything to combat it.