What Would Happen To Your Body If You Held In All Your Farts? Well, It Ain’t Pretty 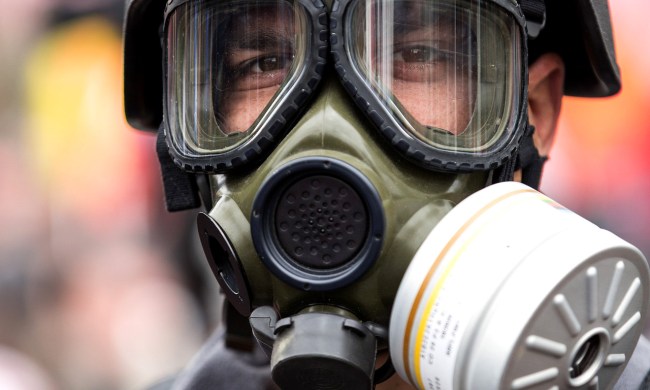 Have you ever wondered what would happen to your body if you held in all of your farts? Apparently someone did, because this new video you can watch below explains exactly that.

Finally, someone is asking the important questions.

Not this one, mind you, but somwhere, someone is doing that.

The answer to this question as well as some of the related facts, however, are actually rather interesting.

For example, did you know that the average person farts between 12 and 25 times a day? Does that seem high or low to you?

Also, the amount of gas we produce each day is enough to fill a one or two liter bottle. So that’s a lot of gas to be holding inside.

The video also asks, “If you never let any of it out, would your intestines eventually explode?”

Holding in a fart can cause pain, bloating, and heartburn. It also can end up being expelled through your mouth. That’s right.

“If the gas is trapped in your body long enough, it can be absorbed into your bloodstream, passed into your lungs, and eventually exhaled,” they say in the video. “And that’s probably the best case scenario of holding in all your farts.”

Holding in your farts can also cause swollen and inflamed pouches that form along your intestinal wall, creating a condition known as diverticulitis.

This can lead to diarrhea, fever, and bleeding from the rectum.

But wait, it can actually even get worse.

In very rare situations, if your farts are being held in because something is blocking your colon, your colon will start to expand until it pops.

So the next time you let one rip in public and someone gives you the side-eye, tell them you’re just looking out for your own health.