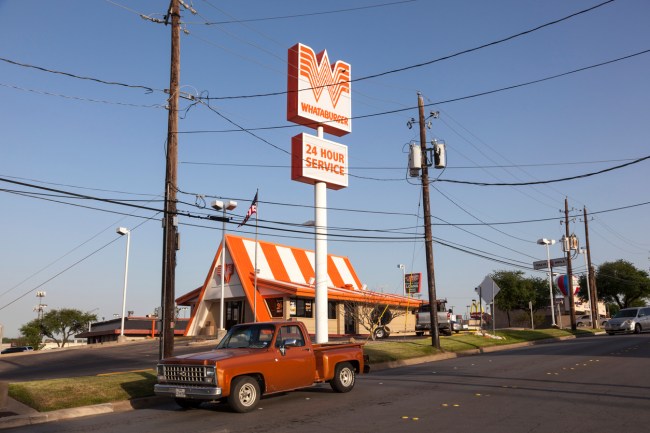 While Chick-fil-A and Popeye’s wage a battle on who has the tastiest fried chicken sandwich, Whataburger just came in and dominated the fried rat game despite literally nobody asking for crispy rodents.

A viral video appears to show a mouse jump into a deep fryer at a Whataburger in Texas. That’s a bigger leap of faith than you going into Dry January.

The incident was captured on video by Facebook user Brushawn Lewis, who said it happened at the Whataburger in Bastrop, Texas. “This shit is crazy,” Lewis wrote on Facebook. “It’s a damn rat just out in the open! But it did get deep fried! Smdh.” To be fair, everything tastes better when it’s fried.

The video, which was uploaded on Saturday, has gone viral and amassed nearly 2 million views already. In-N-Out has animal style, but this is taking it too far.

Whataburger has addressed the viral video and said that the restaurant in question had been shut down and sanitized.

“Thank you for bringing this to our attention,” Whataburger said in a statement. “At Whataburger, cleanliness and food safety are top priorities for us. In this instance, we closed the restaurant out of an abundance of caution and notified pest control. The entire restaurant has since been cleaned and sanitized. We addressed this situation as quickly as possible, reinforcing procedures with our Family Members. While we’ll continue to be very diligent, it’s important to know there was no history of this type incident at this unit and there is no ongoing issue.”