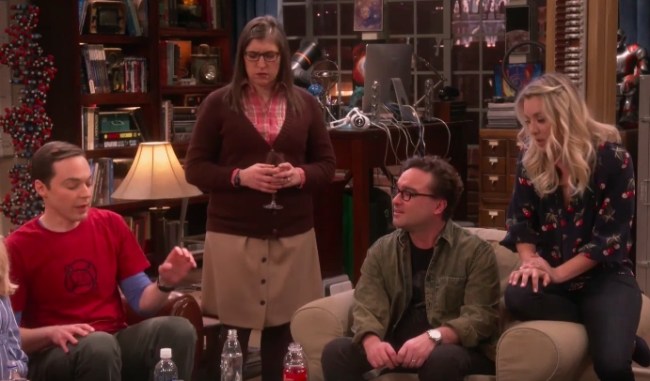 In 2007, a great plague was unleashed upon the world— not in the form of swarming locusts or bloody rivers, but rather a television show called The Big Bang Theory.

If you’re lucky enough to have never heard of The Big Bang Theory, you can watch the trailer that didn’t do a good enough job to prepare ourselves for what was coming.

However, you should be warned that, like the video from The Ring, it’s a cursed object that will do nothing but bring pain and misery into your life once you watch it.

The Big Bang Theory is about… nerds doing nerd things, I think. I have to admit I’ve never actually seen an episode of the show that the NFL commentators on CBS tell me America loves even though I’ve never met a single person who actually watches it.

Unfortunately, tragedy struck for the people that apparently tune in on a regular basis earlier this week when CBS announced the show would be coming to an end after 12 seasons because making $1 million an episode wasn’t enough for Jim Parsons to be able to live with himself for inflicting so much harm on comedy.

As a result, I figured there’s no better time to remember just how bad The Big Bang Theory is with a video made by someone who understands humor better than anyone in the writer’s room ever could.

That’s not the only one.

And we might as well throw another one in just for fun.

As far as I can tell, the only real laughter The Big Bang Theory has brought into the world is videos of people messing with the laugh track, like this one where the canned studio audience is replaced by a bird screaming into a cup.

Someone also gave a scene the Ricky Gervais treatment.

Thankfully, fans of The Big Bang Theory will still be able to get their fix in the form of Young Sheldon, one of the greatest comedies to ever grace America’s television screens.

I think I used that correctly.