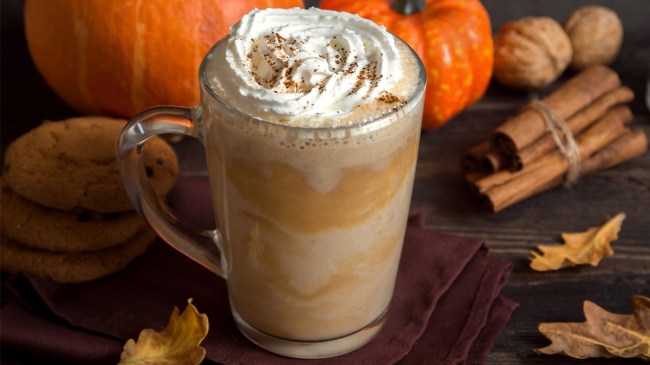 It’s been close to two decades since Starbucks inadvertently opened up the Pandora’s box that housed the various aromatics that define the essence of the Pumpkin Spice Latte the chain first served up in 2003 en route to sparking a global frenzy that still hasn’t really died down almost 20 years later.

It took a few years for the drink commonly abbreviated as the “PSL” to take the world by storm, but we eventually reached a point where the return of the seasonal offering marked the unofficial beginning of autumn (which occurred long before it was subject to the same gradual creep that’s led to pumpkin beers popping up on shelves at the start of August).

The world arguably reached Peak Pumpkin Spice in 2014, a year that saw seemingly every brand on the planet scrambling to get a piece of the proverbial pie regardless of whether or not the products they were best known for peddling were particularly suited to the PSL treatment.

The arrival of Pumpkin Spice Everything made it seem like it was only a matter of time until the trend finally fizzled out in the same way bacon fell out of favor when the internet realized you do not, in fact, need to put crispy pieces of smoked meat on all of the things.

However, the fact that we’re subjected to stunts involving things like pumpkin spice mac and cheese on an annual basis shows the flavor combination has repeatedly proven it’s the Tom Brady of the culinary world: a fall staple that refuses to fade away in spite of the many people who’ve spent years predicting its imminent downfall.

Why is that the case? Well, Dr. Jordan Gaines Lewis attempted to figure that out all the way back in 2015 in an article for Psychology Today that’s worth exploring when you consider Starbucks officially welcomed the PSL back to its menu for the 19th year on Tuesday.

Lewis honed in on a few different factors, including the intrigue that accompanies the limited-time availability of the pumpkin spice latte and its ilk. The hype that creates also plays a role in the FOMO that accompanies social media feeds that make news of its return virtually unavoidable, and the staying power it’s had has also cemented the sense of nostalgia that makes it hard to not partake year after year.