How The Hell Hasn’t Maverick Been Promoted From Captain Since The Original ‘Top Gun’ Came Out? 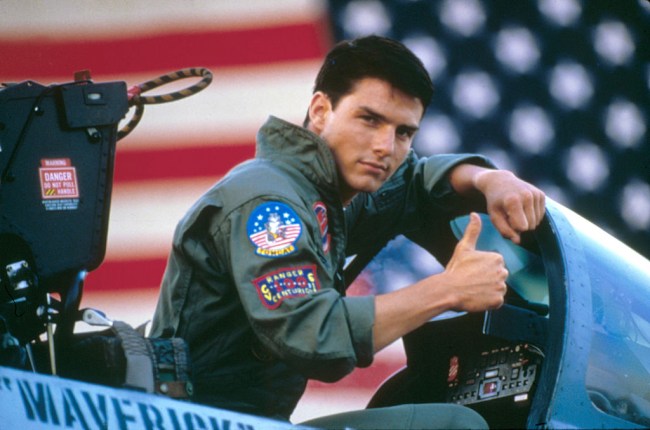 It’s been a few years since we first learned a sequel to Top Gun was in the works, and after being intermittently treated to casting news and photos from the set, our hopes and dreams were finally realized when the trailer forTop Gun: Maverick dropped last week.

I’ll admit I was a bit skeptical when the followup was first announced, as sequels that come out decades after the original don’t really have the best track record.

With that said, after seeing the trailer, I’m very pumped to hang with the boys again (especially when you consider Kenny Loggins’ sweet, sweet pipes are going to be featured on the soundtrack).

However, ever since I watched the preview, there’s been one question on my mind that I’ve been unable to find the answer to: how the hell hasn’t Maverick been promoted from captain after more than 30 years in the Navy?

“Thirty-plus years of service. Combat medals, citations, the only man to shoot down three enemy planes in the last 40 years.

Yet you can’t get a promotion, you won’t retire, and despite your best efforts you refuse to die. You should be at least a two-star admiral by now. Yet here you are. Captain. Why is that?”

Thankfully, according to USNI News, it looks like we’ve found an answer to this pressing question thanks to the military branch itself, which attempted to explain  his lack of advancement while speaking to the outlet:

The most straightforward answer to have a captain with 35-plus years of service is for the captain to have previous enlisted experience. In the case of Maverick, this scenario doesn’t fit with the movie’s timeline – Maverick was a lieutenant in 1986.

Another possible scenario occurs if there’s a break in service. For instance, perhaps at some point after the famous incident involving MiGs of uncertain origin over the Indian Ocean, as depicted in the first “Top Gun,” Maverick left active duty and did some time in the Navy Reserve. Then later, he returned to active duty. With more than five years in the reserves, Maverick could be pushing 37 years in uniform.

Based on what the Navy had to say, we can rule out that first scenario, and based on what Harris’ character had to say, it seems like we can also discount that last one.

Perhaps he took some time off to fly rubber dogshit out of Hong Kong? I guess we’re going to have to wait until June 26, 2020 to find out when the movie finally hits theaters.