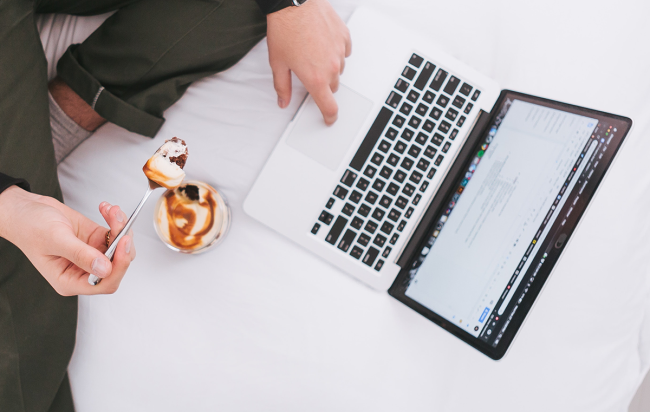 Nobody gets excited about going to work. To leave the comforts of home, commute among certified maniacs, and then be forced to sit in some drab office full of annoying coworkers for eight or more hours a day is like being emotionally disemboweled on repeat. We don’t want to see pictures of your kids, and we don’t really give a crap about what you and the misses are doing this weekend.

It’s a veritable hell that one typically cannot escape unless he or she has an inexplicable talent for holding up cardboard signs along the side of the road that read, “Will work for food, God bless you.” The price we pay to live a semi-decent existence is nothing short of insane.

Yet something transpired last year that stands to change the ages-old 9-to-5 work model forever. A savage pandemic sunk its fangs into the world and led everyone to believe that going outside would kill them. Some companies handed employees their walking papers to counter the economic stab, while others arranged for them to work from home. The idea, while simplistic, was nothing short of genius. After all, why does anyone have to go somewhere to do something they could do in a pair of underwear? They don’t, and more companies are figuring this out.

It used to be that people who said they “worked from home” were really just unemployed, and they’d probably be delivering pizzas the next time you saw them. However, these days, more of the workforce is earning a living from their respective abodes, as studies show that somewhere around 42 percent of the U.S. labor force worked from home full-time during the pandemic.

Although these numbers could shift as more companies try to bring workers back to the office, many stay-at-home-staffers will remain. The home-employee has earned newfound respect in the business world because, in a lot of ways, they are responsible for keeping the U.S. Economy kicking last year when it was on the verge of being crushed. “The economy would have collapsed,” says Stanford economist Nicholas Bloom. “Working from home is not only economically essential, it is a critical weapon in our fight against COVID-19—and future pandemics.”

Allowing people to work from home might also keep them from going postal, a term coined in the nineties after a slew of disgruntled USPS employees gunned down their coworkers. The American laborer is tired of putting in long hours, and they are burned out beyond belief—especially if they must constantly perform menial tasks, file useless reports, and attend mind-numbing meetings in an office building with fluorescent lighting next to a slew of other miserable slaves who, just like them, are one more freaking “mandatory weekend” away from gnawing on the business end of a stapler.

If you’re in an office right now, take a look around, as there’s a good chance that most of those people’s cheese has slid off the cracker; a study published last year found that 83 percent of workers suffer from mental health issues. There’s a lot of anxiety and depression on the corporate scene.

Researchers attributed the widespread nature of these disorders to the uncertainty surrounding the pandemic and the country’s increased divisiveness. Still, we can only presume that these workers were also about to snap because their jobs sucked butt. On the bright side, the people who got to work from home seemed to find a new lease on the daily grind: they weren’t as unhinged as their cubicle-dwelling counterparts.

Employment analysts show that the work-from-home arrangement increased productivity by around 5 percent in some cases. It’s the reason that more progressive firms are standing at the ready to give employees the option of a fully remote, flexible schedule or working from the office. Some managers have even gone as far as to say, “The 9-to-5 workday is dead.” They are moving toward a new, saner philosophy for the workplace that inspires creativity. If that means taking a two-hour lunch and having a beer at your desk, so be it.

Unfortunately, plenty of companies are still too old school to make the change. They worry that stay-at-home work isn’t sustainable because people have a tougher time focusing in those conditions. They have the team player mentality and believe the enthusiasm of a group is what makes a business powerful. “It takes a lot of inner strength and sustainability every single day to continue to focus and to not have the energy you get from being around other people,” Jes Staley, chief executive at Barclays, told INC. Yeah, but it’s also harder to grab a nooner and smoke pot in an office with the boss constantly breathing down your neck. Punching a clock is for suckers!

Although some people might not feel comfortable working from home (they’re the ones who need to get away from the kids,) others say they have no trouble staying productive. During the pandemic, 80 percent of workers reported being just as productive at home as they were in an office. 91 percent even credited a better performance to the flexibility in their schedule.

Let’s face it; not everyone does their best work at 9 A.M. Some like to burn the midnight oil, while others would prefer not to engage in the forced socializing that comes with being in an office. Whatever the situation, companies are starting to learn that they need to let people be productive on their own terms. Not forcing them to subscribe to a uniform is the key to success.

So, rather than hovering over them and demanding productivity, the new world of the workplace requires better coaches to help maximize people in their environment. Just don’t forget to put on pants during Zoom meetings. Nobody is going to be worth a damn after seeing that.