Will Ferrell Struggles With The ‘Hot Ones’ Challenge, Reveals Why He Was Drunk For The ‘Old School’ Naked Scene 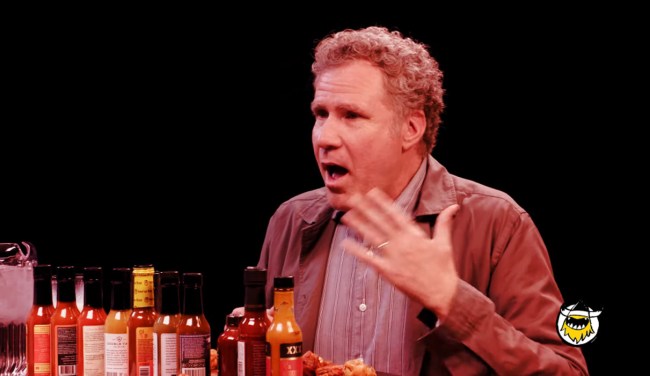 There have been numerous amazing guests on First We Feast’s “Hot Ones” show, Margot Robbie, Bill Burr, Scarlett Johansson, but this week’s episode with Will Ferrell might be the best one of them all.

Not only do we get to see Ferrell suffer, and I do mean suffer, through 10 of the hottest wings, we also got to learn some inside info on movies like Anchorman and Old School that we had never heard before.

Apparently, when you are completely preoccupied with your mouth being on fire you’re more open to spilling the beans on things.

Among the gems “Hot Ones” host Sean Evans was able to pull out of Ferrell was the fact that the original concept for Anchorman was actually this thing where there was a plane crash and he and the other newsmen were trying to survive while being hunted down by Apes.

“It was going to be like a movie about newsmen meets like the movie Alive where they have to survive in the mountains, yeah, and it was all about trying to survive and get down the mountain while being stalked by chimpanzees with Chinese throwing stars,” Ferrell recounted. “Needless to say Hollywood said no.” 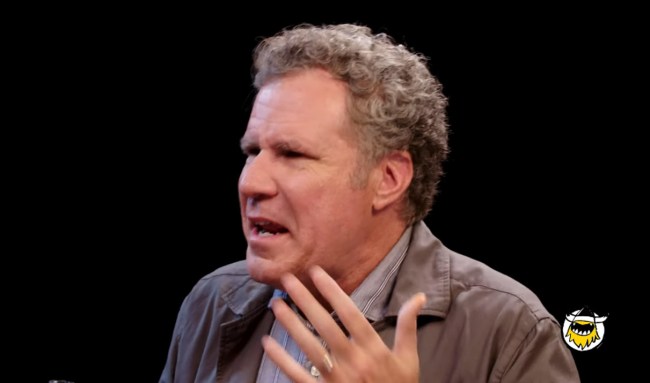 Ferrell also revealed that on Old School it took Snoop Dogg so long to come out of his trailer (he was busy smoking and playing video games), Ferrell started drinking out of boredom which made his naked scene really easy to do in front of the rapper.

Ferrell also talked about his famous Haray Caray impersonation, the fact that Shaquille O’Neal is the funniest athlete he worked with on Saturday Night Live, being in the wild with Bear Grylls, why he was on Twitter for just four days before quitting, how surprised he is that fans of Seinfeld and Friends don’t get along, and numerous other hilarious topics.