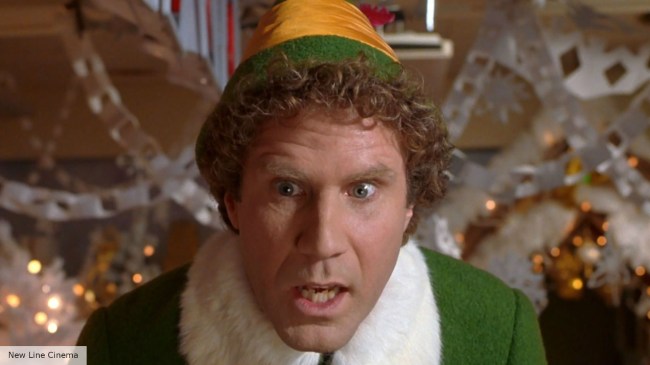 What’s the most Will Ferrell movie that you saw and absolutely loved? Glancing at his filmography now, my honest answer is probably 2014’s The Lego Movie. And even then, while he did actually appear on camera, his character was largely an animated one. Other than that, it’s probably The Other Guys in 2010. The point being, it’s been a while since we’ve gotten a Will Ferrell *classic*. Funnily enough, another iconic Will — Will Smith — currently finds himself in the same position, although his potentially Oscar-winning role in King Richard looks poised to break that streak. But I digress.

Despite Ferrell’s lack of comedy classics over the last decade, the 54-year-old former SNL star has remained busy all the same, having starred in over 10 projects in the last five years alone. One project Ferrell hasn’t appeared in, though, is a sequel to Elf, despite reportedly being offered $29 million to do so.

A sequel was written, which would’ve paid him $29  million had Ferrell not balked at its rehashed premise. He says the decision to walk away was simple: “I would have had to promote the movie from an honest place, which would’ve been, like, ‘Oh no, it’s not good. I just couldn’t turn down that much money.’ And I thought, ‘Can I actually say those words? I don’t think I can, so I guess I can’t do the movie.’” [via The Hollywood Reporter]

You gotta hand it to Ferrell for sticking to his principles: he thought the pitch and/or script that the studio presented him with was so awful that he wouldn’t even let nearly $30 million change his mind.

Regardless of Ferrell’s unwillingness to do a sequel because of its quality, the original Elf remains a Christmas movie classic. Now that Halloween is basically over, the Holiday season vibes should kick in any day now. so if you find yourself wanting to watch Elf again, it’s currently streaming on both Hulu and HBO Max.