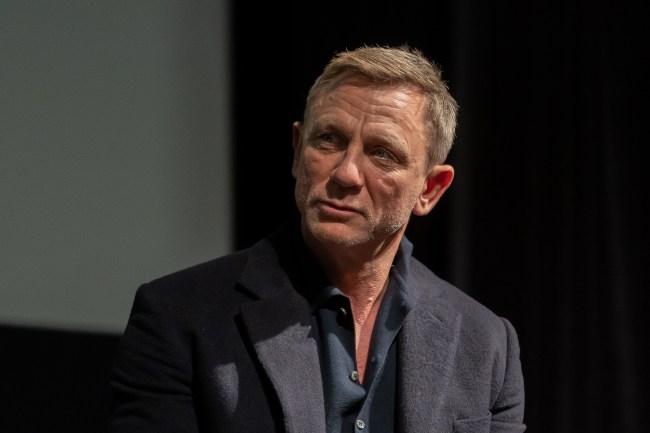 This blog is based on the article Heart of An Assassin: How Daniel Craig Changed James Bond Forever, from GQ, written by Sam Knight.

I just read the entire GQ piece on Daniel Craig. It’s long and pretty wild. The guy really seems like he doesn’t give two shits about playing James Bond—an idea that has been twisted a bit from its original meaning.

Over the course of his five films as the debonair spy, he has torn his ACL and his labrum, ruptured his calves, and endured countless bruises and head-boinks that accompany the title role.

Nursing these wounds just two days after he wrapped filming for Spectre, he said he would rather slash his wrists than play James Bond again. But now, the fifth and final Daniel Craig-Bond film has been completed, and we’ll get to see it in November (thanks COVID-19).

Anyone who can read between the lines might get the sense that No Time To Die is going to suck. Of Craig’s four Bond films, two have been great and two have been pretty lackluster. \

Skyfall and Casino Royale were tremendous while Spectre and Quantum of Solace were pretty weak. I didn’t mind Spectre as much, but I’m a simpleton. This interview offers a few reasons—from both the directors and Craig himself—as to why the two weaker installments fell off. Unfortunately, a lot of those issues seem to have afflicted the making of No Time To Die.

The first time we met, a few weeks after the end of the shoot, Craig seemed almost too close to it all. The production was too large and too recent to make sense of it. “How much of [writer Phoebe Waller-Bridge] is in there, who knows?” Craig said. “We’re all in it somewhere. Phoebe’s in it, Cary’s in it, the writers are in it, but it’s a… We battled it and battled it and battled it. Who knows?” he said. “I’m talking to you now. I’ve seen bits of it. I haven’t seen it. Who the fuck knows?”

But the truth is that after 14 years, busted shoulders, busted knees, the best part of $50 million, a place in the pantheon, a happy home, Craig didn’t feel it so much on No Time To Die. “This one I was like, ‘Nah, it’s not going to happen. It’s just not going to happen.’ It doesn’t mean I wasn’t as wound up and just as fucking, like, mad,” he said. “Because the world outside sort of slightly ceases to exist. When you’re in it, you’re in it, and that’s the thing,” he said. And now Craig is no longer completely in it. He can see a world outside. “I don’t know what it is, maybe having another kid, maybe just being older,” he told me. “But all of these things, I was just like, you know, fuck it. There are other things that are more important.”

Maybe these are the ramblings of an exhausted, crazy actor. Or maybe it’s a disclaimer, an expectations-managing “fuck it” from a guy who probably has the best grasp on what works and what doesn’t when making James Bond movies.

It almost sounds like when LeBron said he doesn’t lose sleep over losing in the finals because he has kids and their high school graduations are more important than basketball. What happened there? The Cavs got smoked in five games by the Warriors.

I love Daniel Craig. I really hope this movie is great. It’s kind of the tie-breaker for his tenure as Bond. More than that, people always remember the last movie the most. Here’s hoping No Time To Die is awesome.