Will Smith Resigns From The Academy, Potential Impact On Career Could Be Huge 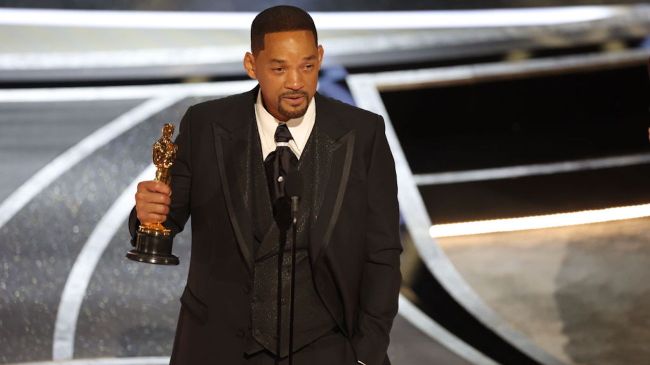 Will Smith announced on Friday night that he was resigning from the Academy of Motion Picture Arts and Sciences, the organization that gives out the Oscars every year.

Smith’s resignation comes in the wake of his swing at comedian Chris Rock, which took place on Sunday night at the Oscars ceremony. Smith had taken offense to a joke that Rock had made about his wife Jada Pinkett’s shaved head.

You can find Smith’s full statement below, via Deadline:

I have directly responded to the Academy’s disciplinary hearing notice, and I will fully accept any and all consequences for my conduct. My actions at the 94th Academy Awards presentation were shocking, painful, and inexcusable. The list of those I have hurt is long and includes Chris, his family, many of my dear friends and loved ones, all those in attendance, and global audiences at home,” Smith’s statement reads.

“I betrayed the trust of the Academy. I deprived other nominees and winners of their opportunity to celebrate and be celebrated for their extraordinary work. I am heartbroken. I want to put the focus back on those who deserve attention for their achievements and allow the Academy to get back to the incredible work it does to support creativity and artistry in film. So, I am resigning from membership in the Academy of Motion Picture Arts and Sciences, and will accept any further consequences the Board deems appropriate.”

“Change takes time and I am committed to doing the work to ensure that I never again allow violence to overtake reason,” he concluded.

What does this mean for Will Smith’s career going forward?

According to Deadline, while taking away Smith’s Oscar was not under previous consideration prior to his decision to design, it’s unclear how their decision will change now that he’s done so.

Furthermore, while Academy members are the only ones who can vote on the awards — “as of December 16, 2020, the Academy of Motion Picture Arts and Sciences had 9,427 eligible Oscar voters,” according to Variety, there have been no reports on whether or not only Academy members can win the award.

Still, with Smith no longer a member of the Academy, it’s difficult to imagine prestige Oscar hopefuls hitching their hopes on him given the complications and conversations that would come with having him involved in the show once again. In the same way that winning an Actor could be a career-maker, resigning from the Academy very well could be the opposite. Only time will tell in that regard.

Granted, on the reverse side of that coin, we have yet to have any indication of how the general audience is reacting to the moment in terms of his work and seeing his movies at the theaters and on streaming services. It would certainly be interesting to see what the viewership numbers of King Richard on HBO Max have been since Sunday night.

For all we know, Smith could maintain if not increase his widespread popularity and marketability. At this time, his next project is Antoine Fuqua’s slave drama Emancipation at Apple (currently scheduled to release this year, although no specific date has been announced), so it’ll be fascinating to see how the marketing of that film, and Smith’s image, are handled in the coming months.

Hollywood’s reaction to the incident is clear, though, as the majority of the celebrities who have spoken out about the issue tend to be siding with Rock, in addition to a report from The Hollywood Reporter that Bad Boys 4 was in active development — “Smith received 40 pages of the script before the Oscars incident” — but has now been put on “pause.”