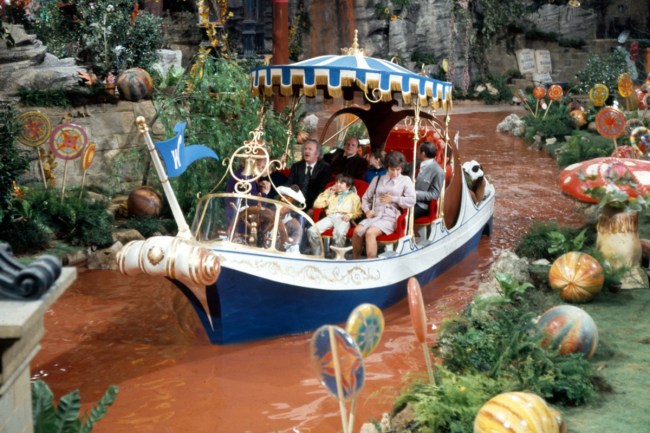 Willy Wonka and the Chocolate Factory is a beloved movie. So much so that there has been a remake of the 1971 classic with Johnny Depp as Willy Wonka in Charlie and the Chocolate Factory in 2005. Last week, we learned that Hollywood is working on another Willy Wonka movie and they already have a director in mind. But have you ever wondered just how much it would cost to have Willy Wonka’s wondrous chocolate factory in real life? Someone did and we’ve got the numbers.

Turns out those Oompa Loompas would cost a small fortune to employ. The Oompa Loompa’s salaries would be $73.4 million, plus $8 million for health insurance for the little guys. I’m guessing it costs extra for dental insurance for employees surrounded by chocolate eggs, candy canes, candy trees, licorice, and giant gummy bears. Another huge cost is that magnificent chocolate river that would have a price tag of $32.7 million. Plus, if someone falls in the flowing river of goodness, that probably wrecks tons of gallons of pristine chocolate. The site estimates that the ooey-gooey river requires 150,000 gallons of chocolate.

Other costs include edible wallpaper for $2,652, a golden goose egg at $6,032, and a whopping $109 million for the flying glass elevator. When you’re all said and done, it would cost $224.6 million to run the chocolate factory for one year. I knew it was a bad idea to let the Oompa Loompas start their own union.