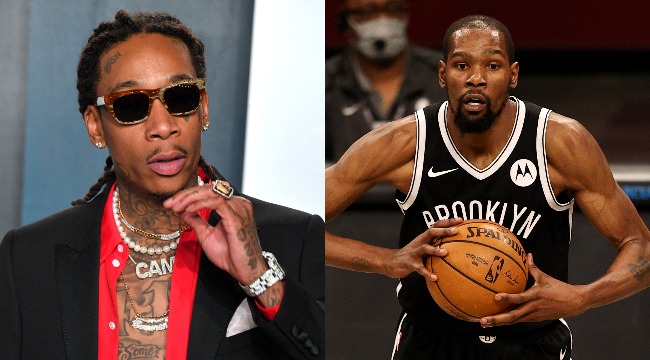 Who needs enemies when you have friends like Kevin Durant, amiright Russ?

Kevin Durant is a nebulous creature, harder to define than Dion Waiters’ midsection. One would think that one of the greatest talents the game has ever known wouldn’t lose sleep over the opinion of sheep, but we know that to be untrue. One would think that when he rolls up to the club with an entourage, he demands nothing less than a club takeover, but we now know that to be a falsity as well.

Durant’s friend and superstar rapper Wiz Khalifa hopped on Instagram Live on Thursday night to celebrate the release of his new Taylor Gang project, Taylor Nights. While smoking what appeared to be a marijuana cigarette (also known as the devil’s lettuce), Wiz shared a story about KD straight up abandoning him outside of a club when a ballsy bouncer let Durant inside but refused entry of Khalifa and others.

“Kevin Durant, that’s the homie from back in the day. You remember when you left me outside the club?” the rapper said with a joint in hand. “Yeah, man, he left me outside the club. We was ’bout to get in the club and they looked at him and they (presumably the bouncers) looked at everybody he was with, and they was like, ‘Y’all can get in but he can’t.’ [Durant] was like, ‘Bro, I’m going to see you later, yo.’”

Wiz Khalifa talks about the time Kevin Durant left him outside the club😂😂😂 pic.twitter.com/haeU8Kdd9p

If you’re wondering how this could have been handled differently, let’s remember the time Allen Iverson rolled up to a poppin’ Miami club with two busloads of mostly women and plucked a young Jay Williams and his friends out of the line and not only brought them inside, but sent over multiple bottles to their table.

On the new episode of @BroBible #EndlessHustle Podcast, @espn's @RealJayWilliams tells us his EPIC @alleniverson story. 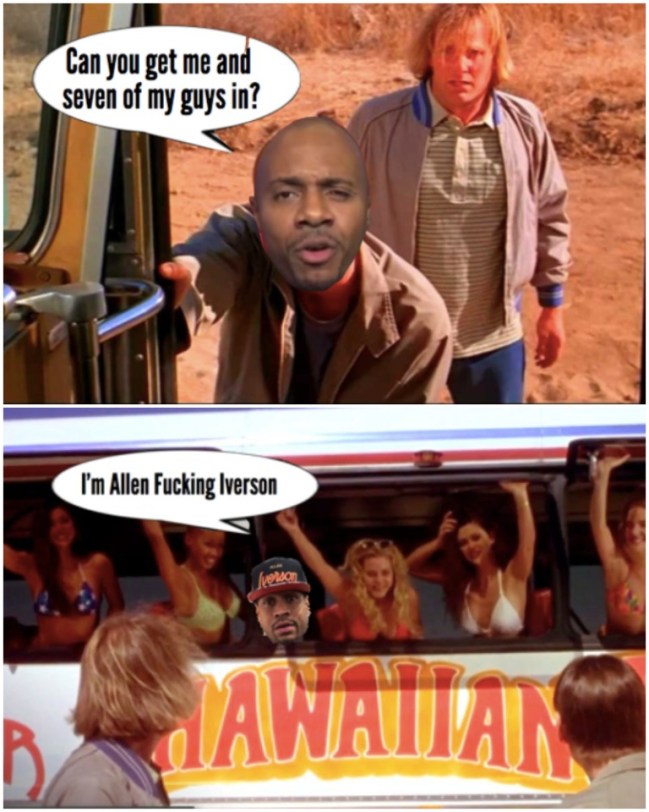