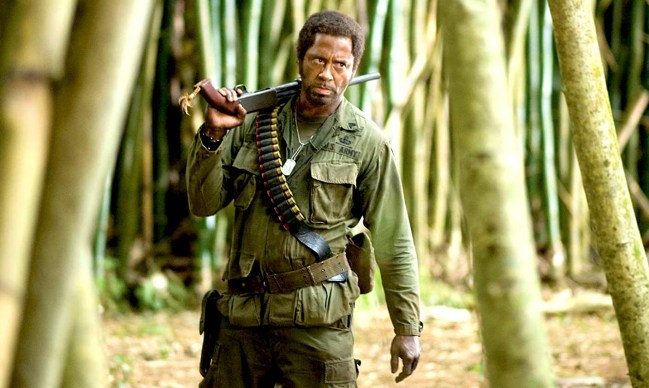 There are moments in your life when you begin to realize “you know what mate, I think I’m getting a little old.” Your boy over here has had a ton of those instances recently, as I turned 27 (gags) in March. Exhibit A: the entire existence of TikTok. Sorry, I simply cannot wrap my normally useful brain around it or its purpose. Had I — as high school teenager — stood in front of a camera and recorded myself doing an elaborately choreographed dance and then posted it online, I’d have to apologize to my girlfriend for embarrassing not only myself but her as well. Foot massages and Cheesecake Factory takeout for weeks. As the Joker once said, I’d see how loyal a hungry dog really is.

Here’s another: a couple of nights ago I was watching The Town — it’s on HBO Go and is still a banger, by the way — and it dawned upon me that it came out a decade ago. Ten years! Slick Benny Affleck has had approximately 1.5 career comebacks since then. I’ll even give you one off the dome-piece: Parks and Rec had its excellent reunion show last night, five years after it went off the air. Feels like yesterday I was ripping grav-bongs and watching the series finale in my Rutgers apartment. Oh, yeah, and the fact that we’re living in a legitimate futuristic dystopia right now, yet another prime example. Time certainly flies when you’re living a perfectly average (albeit enjoyable and #blessed) but all that not exciting life.

Well, I can now add “people retroactively discovering and then blindly criticizing the existence of Robert Downey Jr’s Academy Award-nominated performance in Tropic Thunder” to that list of age-weights that tie me to the Earth, as it appears the next generation of “woke” teens have stumbled across his black-face wearing Kirk Lazarus character. Predictably, they had some misguided hot takes and the internet was swift and sound in promptly slam-dunking on their faces.

Watching woke kids discovering Tropic Thunder is like watching a baby discovering their own toes for the first time. pic.twitter.com/ajXywHy3FK

EXACTLY. The children trying to #cancelrdj need to just go to bed. https://t.co/qUPNspJvzY

Tropic Thunder is trending, so here's a couple thoughts:

-it's still a great film
-there's still some shit that hasn't aged well
-RDJ's blackface IS making fun of white actors playing POC
-it's not wrong to feel uncomfortable about it
-Tom Cruise is the best part of the movie pic.twitter.com/usZSwbE18m

Everyone who loves tropic thunder to the woke crowd slandering this great film: pic.twitter.com/Xn4YLc2Mht

The point of RDJ's blackface in Tropic Thunder, is making fun of white actors playing POC’s. Watch the damn movie. Stop being fake mad for us black people 🙄 pic.twitter.com/VhVFjJ9tWB

So I see #Tropicthunder trending and I gotta say, some of y’all don’t know what satire is. As a person of color RDJ was not offensive in anyway. The movie was and IS funny as fuck and always will be pic.twitter.com/DCPmyHylEW

Not to condescend or anything, but how about reading an article or two before planting your false flag at the peak of Woke Mountain? The entire purpose of the character was in and of itself a critique of idiot people — actors especially — taking liberties with cultures that aren’t their own. Do they think 2008 was 30 years ago? You think RDJ racially insulted roughly 15% of America’s population and then just went on to crack witty Marvel zingers and cash $50 million Disney checks for the next decade? Gen Z, man, bless ’em.