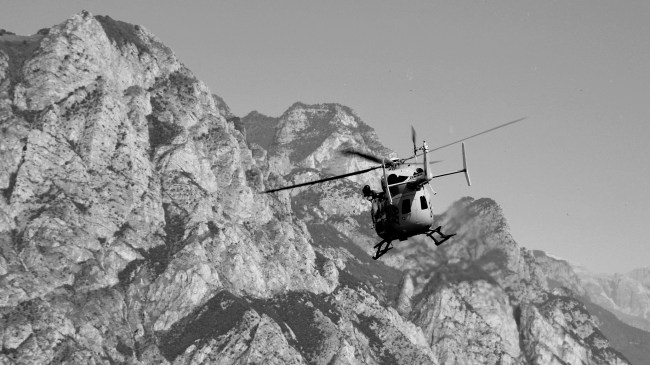 If you think that I am covering this story just so we can all again watch the incredible video of 74-year-old Katalin Metro getting spun and spun and spun and spun around and around in the rescue basket of a Phoenix Fire Department helicopter and the ensuing memes then you would be 100 percent correct.

In case you somehow missed it the first million times it was watched on the internet, the story behind the video is that Metro was hiking Phoenix’s Piestewa Peak when she fell and became disoriented. This led to her needing to be rescued by a Phoenix Fire Department helicopter as no other vehicles could access her remote location.

Back then, Phoenix Fire Department Captain Rob McDade said, “Firefighters made patient contact and decided that the best course of action was to fly the patient off the mountain.”

What wasn’t the best course of action was spinning Metro around and around like she was a fidget spinner on some horrific carnival ride from hell.

You have to watch the whole video to understand its true greatness.

Feels like that scene in The Sandlot when everyone blows chunks after throwing in huge lips pic.twitter.com/dPkDj9Kipm

Back in November, Metro filed a notice of claim against the City of Phoenix for $2 million.

Last week, she and her husband George Metro made it official, filing a lawsuit on June 3 against the city for “damages for past and future pain, discomfort, loss of enjoyment of life, mental anxiety, anguish and permanent injury.”

Don’t forget online ridicule. That should be worth at least a couple mill all by itself.

Poor helicopter had to be life flighted pic.twitter.com/QU1qWMjrNq

And was summarily spun to death upon being rescued.