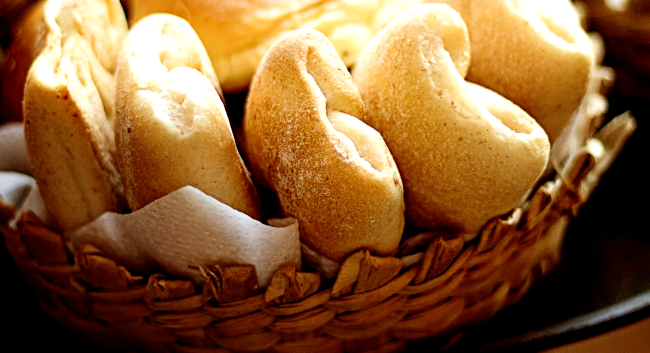 Have you ever in your life heard that it is poor manners to eat the free bread served at some restaurants as soon as it arrives at your table?

Because I have never heard of that being a thing in my entire life.

Neither has almost everyone else, aparently.

“Had this argument in a gc but I wanna know the truth,” she wrote. “Isn’t it very tacky for somebody to eat the free bread as soon as you get it?”

had this argument in a gc but i wanna know the truth. isn’t it very tacky for somebody to eat the free bread as soon as you get it?

I don’t have any official numbers to back me up on this, but that might be the most wrong a single person has ever been documented to be on the internet.

I mean, you have to REALLY hit a nerve to make almost 360,000 people take time out of their day to vote against your opinion when you only have 1,663 followers.

all of Twitter comin’ to make this the most decisive poll of all time pic.twitter.com/vV0dEt87c0

Perhaps more impressive is the fact that even after tens of thousands of people on the internet disagreed with her, she was still trying to state her case.

“You should wait five minutes before reaching for the bread. If you that hungry you should’ve had a pregame meal,” she tweeted.

you gotta ease into the eating though you know?

i'm eating it while it's warm, ma'am, and certainly it's not actually free; the cost is distributed among the rest of the menu. further, the bread is the pregame to the rest of your meal.

this argument should have died in the gc when they told you you're wrong.

“I’d eat the warm bread even if it was my husbands funeral luncheon – nothing is too serious for bread,” accurately stated another commenter.

Ain’t anything on the planet that 97% of people agree with. You could ask if the Pope is a lizard and get 4% yes.

Eventually she succumbed to the masses… sort of.

okay! i get it, yall are tacky and proud! pic.twitter.com/iT0q2Zcz5n

“To my 3% … thank you for riding so hard against the tackiness!” she wrote in her final thoughts on the matter.

“We understand that restaurants are for socializing, fast-food are for eating ASAP.”

She’s sticking to her guns and you almost have to respect it. Almost.