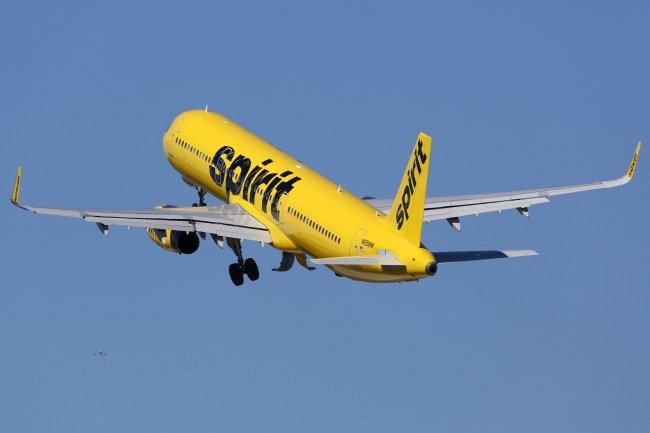 A wild video went viral earlier this week showing a group of women attacking airline workers at Ft. Lauderdale’s airport. What started with them throwing random objects, including shoes and food, at the airline workers, it turned violent quickly.

More details have emerged about the incident and it turns out that it was Spirit Airlines workers that were attacked outside of the gate in Terminal 4.

According to The Shade Room, all hell broke loose over the cost of baggage fees after the fact the specific flight had already been delayed, allegedly.

“We spoke to a witness at the scene and he claims the reason the women turned up was because they were going to be charged a baggage fee at the gate. Apparently it was $65 to check your bag at the gate vs. $35 if completed online. The women reportedly weren’t having it so they decided to take things out of their bags. When they were told they needed to step aside and that they will be missing their flight. That’s when all hell broke loose, allegedly.”

According to Spirit, the three employees attacked in the video suffered minor injuries.

The three women, all from Philadelphia, were arrested following the incident. According to Broward Sheriff’s Office arrest reports, all three were charged with strike battery while one of the women was also charged with petit theft for allegedly taking one of the worker’s phones.

The report also stated that the three women did not want to share their side of the story, instead they explained that they were just “trying to get back home to Philadelphia.”