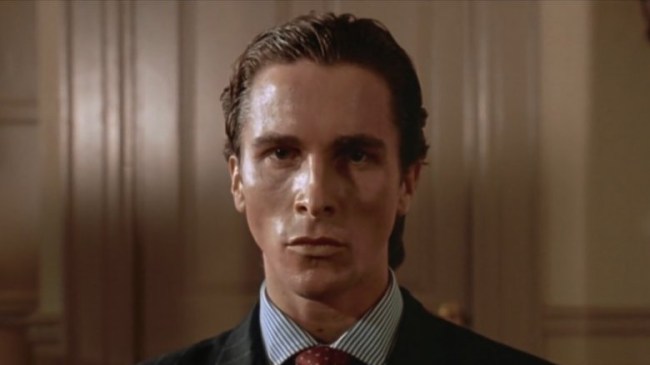 Why are we attracted to psychopaths? Whether you’re a woman attracted to a seemingly dangerous dude who probably has a pet cemetery in his backyard or a gentleman who can’t help but fall for women who will inevitably bring you to a dark place, humans have a strange fixation for mates who are obviously unstable and will only bring hurt and chaos to their somewhat stable life. Psychologists attempted to find out the reason why people are attracted to psychopaths.

Movies and TV shows have always featured psychopaths who the audience finds sexy including Christian Bale as Patrick Bateman in American Psycho, Sharon Stone as Catherine Tramell in Basic Instinct, Jack Nicholson as Jack Torrance in The Shining, Glenn Close as Alex Forrest in Fatal Attraction, Heath Ledger as The Joker in The Dark Knight, Lucy Liu as O-Ren Ishii in Kill Bill: Vol. 1, Erika Christensen as Madison Bell in Swimfan, and Michael C. Hall as Dexter. There is a reason that we are drawn to psychopath characters as well as psychopaths people in real life.

A new study has been carried out by a pair of psychologists from Ontario, Canada. Psychologists from Brock University and Carleton University in Canada claims that women are attracted to men with stronger psychopathic personality traits. This attraction comes despite these prospective mates having little or no interest in a long-term relationship. The research was published in the journal Evolutionary Psychological Science in September.

The study featured 46 male students in Canada, aged 17 to 25. A female research assistant interviewed the men while being recorded on video. She asked the men questions such as: “What do you like to do on a first date?” and “What do you think is most important in a relationship?” The men were then graded by researchers on their psychopathic personality traits and levels of psychopathy, social intelligence, and sociosexuality (tendency to engage in sexual activity outside of a committed relationship).

The videos were then viewed by 108 women who were in their first or second year at university, and they rated the men on their attractiveness in general, how sexy they thought they were, and their confidence. The women were also asked to record a voicemail for the men that they were interested in and arrange a date.

RELATED: Study Reveals The Top Sexy Celebrities That Men And Women Fantasize About The Most

Researchers discovered that the men who had a higher score on the psychopathic personality traits were considered more attractive by the women. The psychologists believe that the “psychopathy in men may enable them to enact the desirable qualities women prefer in social and dating encounters.”

“Psychopathic men have a personality style that makes them appear attractive to women in dating encounters,” said Ph.D. student Kristopher Brazil from Brock University in Canada. Psychopathy is one of the “dark triad” of personality traits, along with narcissism and Machiavellianism.

Brazil and Adelle Forth of Carleton University hypothesize that psychopaths may be motivated to fake attractive qualities in an effort to get into romantic relationships with partners who would otherwise not be interested.

Men with psychopathy “tend to be egocentric, promiscuous, and sexually opportunistic; to be more willing to lie and cheat; and to exhibit a superficial charm and an ability to inhibit emotional “leakage” (giving away one’s true feelings),” according to Psychology Today.

The researchers referenced prison relationships between correction officers and prisoners and how psychopathic convicts who were also some of the most violent inmates were better at seducing guards.

“We wonder if in the landscape of individuals seeking a partner whether there are sexual and romantic ‘sneakers’ or ‘mimics’ who display not just a mask of sanity, but an appealing mask that deceptively displays attractive qualities desirable in the marketplace of relationships,” the authors of the study wrote.

The research found that men with psychopathic traits tend to have more sexual partners and are more likely to engage in short-term sexual flings. But men who are psychopaths were usually not able to continue long-term relationships because of their smooth-talking was just that and generally don’t maintain promises made.

“By virtue of being psychopathic, one never really fits in long-term in a social group. Connections to others are tenuous and rarely will someone have your back when it really matters,” Brazil told PsyPost. “These costs should make it clear that the potential benefits of ‘investing’ in psychopathic traits as a young man will come with some negative consequences as well.”

So congratulations to all of the psychopaths out there, you are sweet-talking charmers who can woo women. But on the negative, you are psychopaths.