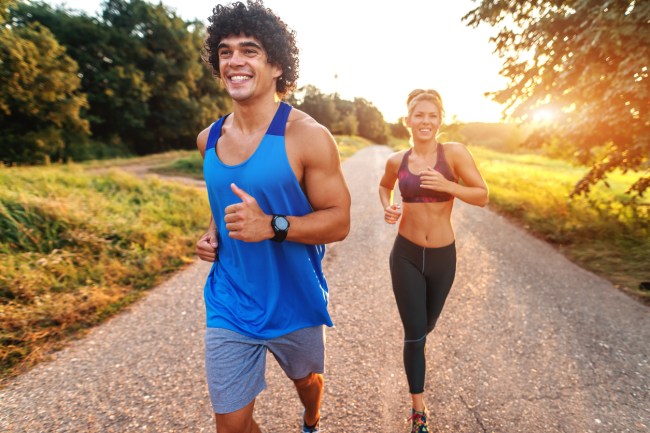 For six weeks, participants in the U.K. consumed the same breakfast of cornflakes and toast, and all of them did 60 minutes of cycling.

The men who exercised before breakfast burned twice as much fat for energy. The researchers believe this effect has to do with the intermittent fasting from sleeping overnight. The body had fewer stored carbohydrates as fuel, so the body is forced to use up stored fat as a source of energy.

The researchers believe that pre-breakfast workouts help the body increase insulin sensitivity. If the pre-breakfast workout helps with better insulin receptivity and blood sugar regulation, this could be a significant and simple remedy for those at risk of heart disease and diabetes.

RELATED: If You Can Do This Many Push-Ups You Probably Won’t Die From Heart Disease According To Harvard Study

“Our results suggest that changing the timing of when you eat in relation to when you exercise can bring about profound and positive changes to your overall health,” said the study’s co-author Javier Gonzalez, Ph.D., an associate professor of human physiology at the University of Bath in England.

“The group who exercised before breakfast increased their ability to respond to insulin, which is all the more remarkable given that both exercise groups lost a similar amount of weight and both gained a similar amount of fitness,” said Gonzalez. “The only difference was the timing of the food intake.”

“I think a lot of athletes already use this strategy, and many people do this when they actively commute to work and then have breakfast at work,” Gonzalez told Inverse. “We think these are exciting findings and could be used already by some people to maximize the health benefits of exercise.”

However, the study also found no weight loss benefits of working out before breakfast. Both groups of men who exercised in the experiment lost about the same amount of weight and saw comparable increases in fitness. This also means that intermittent fasting may not necessarily equate to weight loss.

This was a low-intensity cardio workout, and fasting may not be compatible with strength and bodybuilding exercises.

“This work suggests that performing exercise in the overnight-fasted state can increase the health benefits of exercise for individuals, without changing the intensity, duration or perception of their effort,” said study co-author Dr. Gareth Wallis of the University of Birmingham. “We now need to explore the longer-term effects of this type of exercise and whether women benefit in the same way as men.”

The new study was released on Friday in The Journal of Clinical Endocrinology and Metabolism.

RELATED: Mouthwash Cancels Out Key Benefits Of Exercise According To New Study