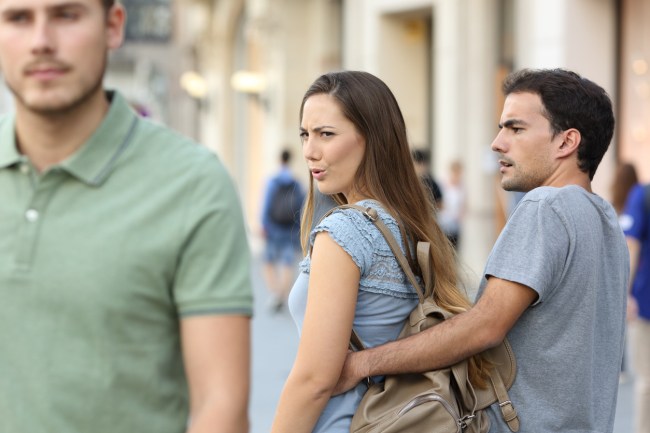 When a relationship between a man and woman finally comes crashing down, it’s usually because the dude was spending too much time chasing tail elsewhere and not showing his soul mate of the week, his queen of the now, the attention she requires to remain in a physical entanglement of lust meets love, right? After all, it has been this way since the beginning of time. Men are designed to bang everything in sight, while women long for commitment and security.

It’s a cruel joke played on us a zillion years ago by the Master of the Universe – whoever the fuck that is. It’s the reason books like “Men Are From Mars Women Are From Venus” go on to become New York Times Bestsellers. Everyone is searching for an explanation as to why their relationships are so fucked up. The real battle of the sexes is that men and women both want two completely different things out of life, yet we are supposed to coexist with one partner til’ death do us part. It’s no wonder guys flip out occasionally and bone somebody else. We have to. It’s written in our DNA. But would you believe women actually have a harder time staying faithful than men?

Sorry to break it to you, fellas, but it appears to be true. 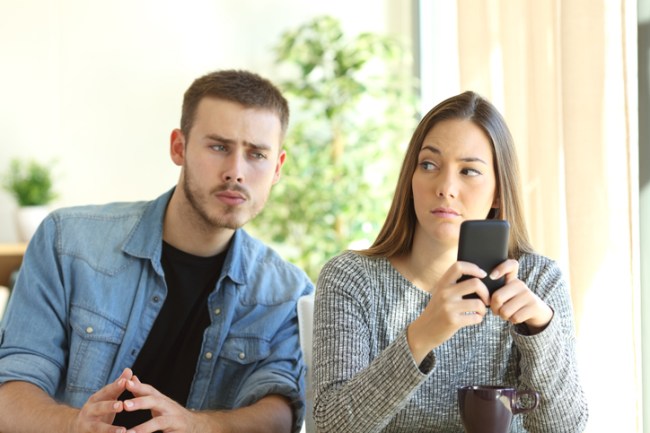 When it comes to screwing around on spouses, women are just as guilty as men, maybe even more, Martin says. In fact, women are actually out there getting a lot more side action that most men might would care to believe.

“There is still asymmetrical stigma about female infidelity—that is, there’s still a double standard in which we think it’s more “natural” for men to cheat—women are likely to underreport infidelity and to report preferences and behaviors that conform to social expectations,” Martin told Tonic. “Some sources suggest that 13 percent of women have stepped out on a spouse. On the higher side, there are reported rates of 50 percent of women admitting they have had intercourse with someone other than their spouse while married. I was surprised to learn that, among people in their 20s, married women outpace married men when it comes to infidelity. Also, in several US studies, male and female rates of infidelity are much closer than we’d imagine.”

Although the majority of men are convinced that the only reason their sweet baby girl would ever cheat on them is if they were no longer providing them with the “emotional connection” that all women need to stay committed, Martin says this is ego-driven bull. She says that women will step out on their spouses just to get a little swift dickin’ from some strange – the same as men. Contrary to popular opinion, women are not always searching for their next baby-daddy, sometimes it’s just about getting laid.

“They want great sex,” she said. “The women I observed and spoke with at sex parties were certainly not seeking emotional connection. They told me, “I’m here for no-strings-attached sex.” We need to account for this reality in our thinking about female sexuality, and keep learning more about it.”

Martin told Tonic that a third of women who cheat on their spouses describe their relationships as either “happy” or “very happy.” So no matter what a man does to uphold the age-old motto of “Happy wife, happy life,” chances are his love muffin is scanning the office, the bars and maybe even checking out his friends in search for a sexual partner that isn’t him.

The reality is, neither men nor women are built for long-term commitments. But “Long-term relationships are particularly hard on female desire,” Martin said.

Even though science has told us for years that women are more monogamous than men, Martin says that’s just not real. Sadly, none of us want to come home to the same person night after night, and, no matter how good the sex is with that special someone, neither men nor women are crazy about pounding it out to the same face and body for the rest of our lives. Harmonious unions are just something that society has programmed us to think is the “right” thing to do. But in reality, men and women are just animals on the prowl for the next meal and orgasm.

“We’re not naturally anyway when it comes to sex,’ Martin explained. “And there’s not one type of sex we evolved to prefer. We evolved as highly flexible sexual and social strategists. It’s one of the reasons Homo sapiens are still around.”

This is only bad news for those guys who believe there is that one and only out there waiting to be swept off her feet. She’s not. Maybe that is a cynical way to view this thing called romance, that gnawing feeling in the gut of wanting to be near that special someone at all times, but we don’t think so — at least not the author of this piece. Still, this blow to the male ego is no reason to go around slut-shaming the fairer sex. On the contrary, it is a reason to celebrate them. Now, every woman you meet, you can know, with all the confidence in the world, that she is having as many dirty thoughts as you.

Just don’t marry any of them, okay boys?

Is Drinking Human Blood The Secret To Long Life? New Health Study Suggests It Might Be