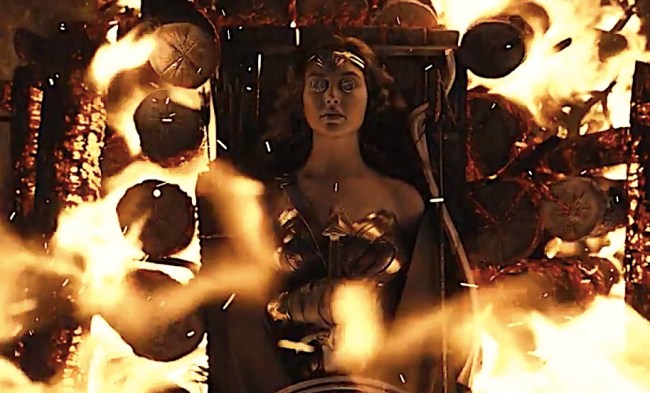 That’s a question that can be applied to most aspects of life — big and small, for better or for worse. Looking back and what should’ve and could’ve been can serve as both a cursed burden and a necessary catharsis. The Snyder Cut is essentially all of those things wrapped in one. Better and worse, big and small, a curse and a catharsis.

Due to a combination of a historic online fan movement, a once-in-a-century-pandemic, and the dawn of the streaming era, Zack Snyder was given his long-awaited, well-earned chance to look back, and he used that surely liberating, $70 million opportunity to not only tell us what should’ve been when it came to Zack Snyder’s Justice League, but what could’ve been after that, particularly his planned hellscape Justice League sequels that were teased in the Knightmare scenes.

But while everyone has been talking about the return of Jared Leto’s Joker in the Knightmare scene tacked onto the epilogue, the one I found far more compelling came in “Chapter Five: All The King’s Horses”, when Cyborg had a vision of the future Bruce Wayne has been so worried about as he was resurrecting Superman.

In Cyborg’s pre-resurrection vision, Darkseid’s rule of Earth has begun. Aquaman and fellow at Atlanteans have been killed in battle at the hands of Darkseid himself, using both his Omega Beams and Arthur Curry’s own trident against him. Superman is seen kneeling in anguish with the torched corpse of Lois Lane in his arms as Darkseid stands over him, placing a hand on his shoulder while Clark’s heartbreak turns to lifeless resolution as he succumbs to the anti-life equation. A Green Lantern lays dead in the ruins of the Hall of Justice as Superman floats above with the head of the Bat in his grasp. Hell is on Earth.

But in between all of that, in what was the quietest moment of Snyder’s turned-up-to-11 Knightmare World, was an apocalyptic funeral for Diana Prince, who looked almost serene as she was laid to rest in a traditional warrior’s funeral, pyre, Charon’s obol (the coins placed over her eyes that are said to pay the ferryman who crossed souls over the River of Styx and into the afterlife, according to Greek mythology), and all. And I found that to be, of all Snyder’s many literal cinematic fever dreams crammed into his four-hour epic, the most fascinating. 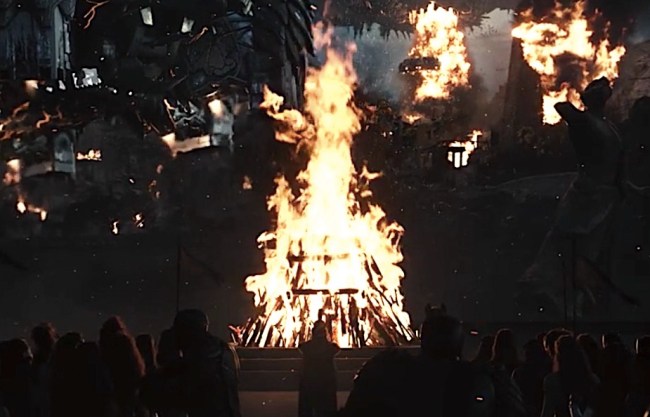 Wonder Woman is, based on the power set she displays in Justice League, slightly stronger than Steppenwolf and slightly weaker than Superman, therefore making whoever killed her essentially equal to or more powerful than the Man of Steel himself.

Unlike Aquaman, though, she doesn’t take a trident to the chest. She isn’t reduced to ashes like Lois Lane, she hasn’t fallen in battle with her Amazon sisters, who all watch in tears as she’s burnt at the pyre, meaning Darkseid has allowed them to perform such a ceremony. Her body remains intact, seemingly bereft of any major injury — no noticeable burns or scars, no severed limbs. Whatever happened to her happened quickly and quietly.

As for how exactly it happened, clues are few and far between. Superman could’ve snapped her neck, or perhaps Darkseid pierced her heart with an Omega Beam. Either way, Wonder Woman must’ve put up enough of a fight to earn the respect of her killer, as the funeral is allowed to proceed with dozens of Amazons in tow. 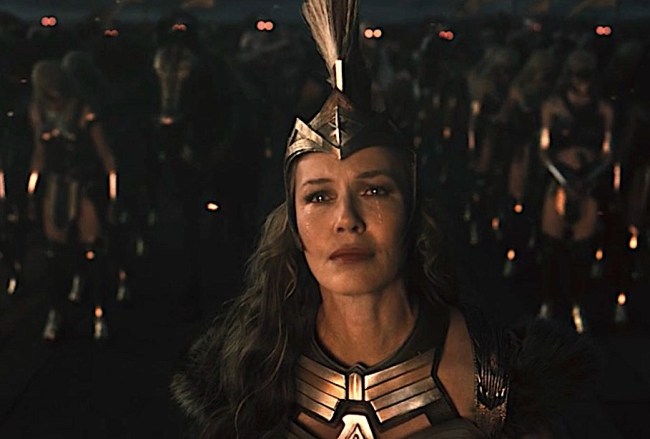 There was a bit of flirtation between Bruce Wayne and Diana in Zack Snyder’s Justice League: could Clark have killed Diana seeking revenge for what happened to Lois, which we know, based on the Knightmare visions in Batman v. Superman, was vaguely Bruce’s fault (Flash tells him Lois is “the key”, while Superman says “she was my world, and you took her from me” before sticking his hand through his chest)? Dark questions, indeed, but questions that need asking given the world Snyder posed us with. And of all those questions, the ones surrounding the death of Princess Diana of Themyscira are far and away the most fascinating.

Will we ever get the answers to these questions? Probably not. But then again, had you asked me at the beginning of 2020 if we’d ever get the Snyder Cut, I would’ve said the same thing. And look how gloriously wrong I was. Snyder was allowed to look back with Justice League. Maybe he’ll one day be able to look forward to them.

Verdict: Superman broke Wonder Woman’s neck as he was seeking revenge on Bruce Wayne for the death of Lois Lane.