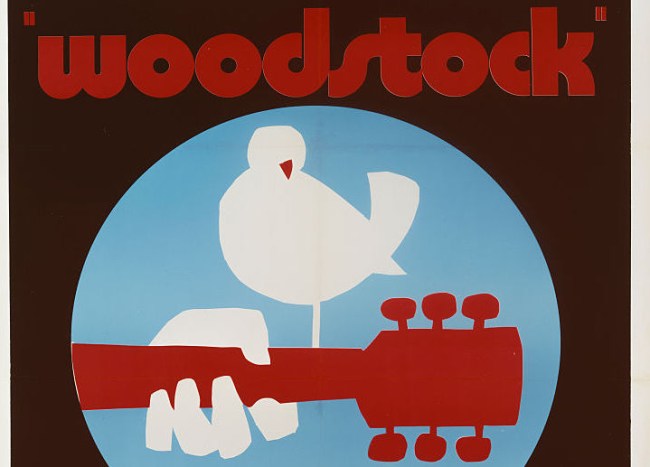 In the summer of 1969, hundreds of thousands of people flocked to an unsuspecting town in upstate New York in search of good vibes and good music and (with the exception of the people who took the brown acid) got what they were looking for in the form of Woodstock, which would go down in history as one of the most legendary gatherings of all time.

Thirty years later, a new generation would try (and fail) to recapture the spirit of the festival at Woodstock ’99, an event that was marred by water shortages, miserable living conditions, and general chaos.

On the bright side, we got this iconic performance from Kid Rock so it wasn’t a total disaster.

Back in March, it looked like we were in for a treat when the lineup for Woodstock 50 was revealed, a festival whose unofficial tagline was “We promise it’s not going to be like the last time, you guys.”

However, it didn’t take long for things to come crumbling down after one of the biggest investors in the festival pulled out and left Woodstock 50 in limbo as organizers scrambled to figure out a way to ensure things would go on as planned.

The situation got even worse in June when the venue was changed from Watkins Glen to Merriweather Post Pavilion in Maryland, which resulted in multiple artists pulling out, and as of last week, no one still had any idea what the hell to expect when (or if) things kick off on August 16th.

Now, according to TMZ, it looks like Woodstock 50 has channeled its inner Silicon Valley and pivoted in a big way, as the outlet reports organizers have turned it into a benefit concert and will be releasing tickets free of charge while urging attendees to donate to a cause of their choice in lieu of paying admission.

As of right now, it appears no one really knows who the hell will be playing at Woodstock 50, and based on the circumstances surrounding it, it seems like there’s plenty of potential for it to be a massive clusterfuck.

Organizers are expected to announce how ticketing will work later this week, so if you’re willing to take the risk, be sure to be on the lookout for more info.