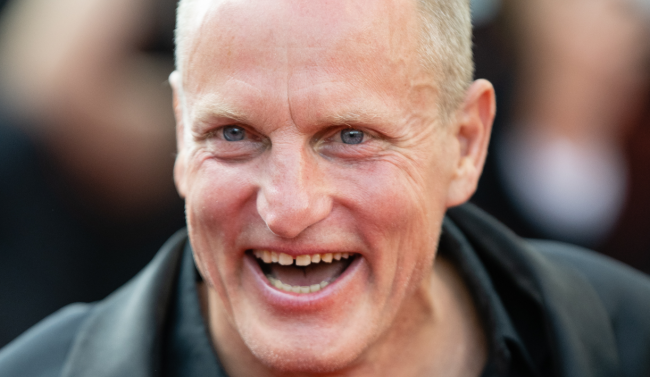 Ok but how does our daughter look like Woody Harreslon pic.twitter.com/v3oZbXDrQM

Easy to see why the tweet became so popular. The resemblance is uncanny.

“You’ve made our day, can’t wait to show her this when she’s older, you have another fan for life,” Mulvenna replied to Harrelson in the comments of his post.

It's not every day Woody Harreslon writes your daughter a poem 🥹 pic.twitter.com/H9loQQ9gqZ

This is my favourite headline so far, like I was just there in hospital with a little Woody Harrelson in a blanket screaming WHHHHHHYYYYYY pic.twitter.com/UU0byGJzLo

Following all the hoopla surrounding the tweet, Mulvenna shared another photo of Cora looking a but less like Woody Harrelson on Twitter with the caption, “Cora says, thank you all so much for the likes and retweets and also that she doesn’t always look like Woody Harrelson, it’s just that when she does…she really really does.”

Her original tweet also spawned a batch of other baby slash celebrity lookalike photos that blew many people’s minds.

I had a striking resemblance to Churchill in my youth pic.twitter.com/HBcahsr6r0

Let me tell you about the little affair John C. Reilly and I had back in December of 2017 pic.twitter.com/gFnyFTscYd