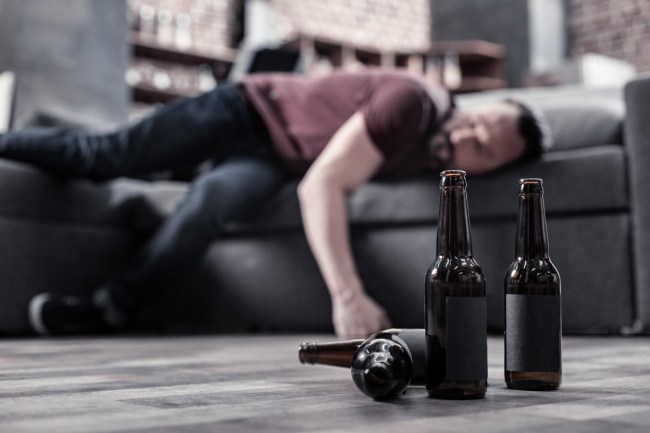 It’s currently been 19 days since I stepped foot inside a bar, which is the longest amount of time I’ve gone without patronizing a drinking establishment since I was legally allowed to enter one (or, if we’re being honest, had someone in China fashion a plastic card that was able to convince bouncers to let me in).

The world was a very different place when I visited my favorite watering hole in Brooklyn for the last time in the foreseeable future almost three weeks ago, and while I was more than aware of the potential danger posed by coronavirus, I was one of the many people who weren’t overly concerned at the time and adopted the classic New Yorker mentality of refusing to let anything get in the way of me living my life how I want to.

However, things got very real once the weekend came to a close, and by the time the workday wrapped up the following Friday, sports as we know them had essentially ceased to exist and the World Health Organization announced we officially had a pandemic on our hands.

After being confronted with this new reality, I needed zero incentive to stop going out, and a few days later, I no longer had a choice, as the powers that be announced every bar in the state would be required to close in the interest of public safety. Thankfully, liquor stores were still open, but I knew there was a chance they might not be for much longer based on the drastic measures that were taken to stop the illness from spreading in other places.

As a result, I made sure to pick up alcohol in some shape or form whenever I braved the outside world over the next week only to eventually discover I didn’t actually have to spend the large sum of money listed on the credit card statement I’m not looking at for as long as possible because liquor stores were deemed “essential.”

I know I’m far from the only person turning to booze and the various other substances that make it easier to deal with the depressing bleakness of the current state of the world, but according to the aforementioned agency that’s been monitoring this crisis, we’re not doing ourselves any favors.

The Irish News recently relayed a warning that was issued at a press conference by Dr. Aiysha Malik, a mental health and substance abuse expert for WHO’s European arm who labeled drinking an “unhelpful coping strategy.”

Malik warned that using alcohol to help numb yourself to things a bit can potentially backfire and asserted mind-altering substances don’t actually improve your mental well-being:

“High stress is, and can be, a contributing factor to using substances as a means of coping with difficult emotions.

During the isolation that we are seeing across societies it is particularly concerning when we think about the association between, say, alcohol and interpersonal violence.

Our message is quite clear: substance use and other addictions such as gambling and gaming can be harmful to physical and mental health and for those people without addictions using substances will not help to manage the stress of self-isolation and can make things worse.”

I’m not trying to say I know more than someone with “Dr.” in front of their name but A) Based on an ample amount of my own anecdotal evidence, drinking makes being stuck inside by yourself infinitely more bearable and B) I’m more than aware it’s not the healthiest thing in the world but save your breath if you’re not going to offer some similarly enjoyable alternatives.

Until then, I kindly ask you to allow me to do bad things to my liver in peace.