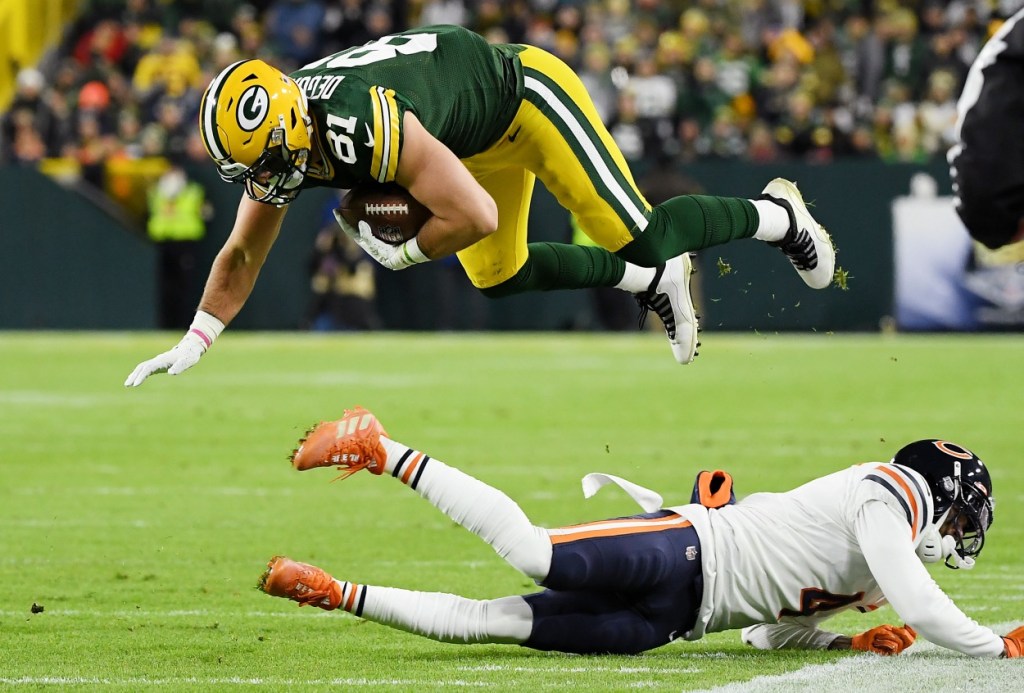 A diehard football fan by the name of Ryan Bailey just traveled his way into the Guinness World Record book. During Minnesota’s 36-28 win over Pittsburgh, his journey came to an end after visiting all 32 NFL stadiums faster than anyone else in history.

Beginning in Week 4 of the NFL season, Ryan Bailey went on a mission to watch an NFL game at every NFL stadium and do it faster than everyone in history. 74 days later, he’d visited all 32 NFL stadiums and broke the previous world record by 10 days.

In terms of logistics, he was basically able to use Thursday and Monday as his anchors and then he’d plan the Sunday game accordingly to fill in the necessary gaps. He has a full-time job in marketing that enables him to work remotely which was a crucial element in all of this.

After Thursday, he’d fly back home to Charlotte where he’d referee across games on Saturday mornings and then hop right back on a plane for a Sunday game. Over the 2+ month span, Ryan Bailey went to 3 games in 5 days nine times. Here’s what his schedule looked like from start to finish.

World Record For Visiting Every NFL Stadium The Fastest

Bailey shared pictures of his favorite stadiums throughout the 74-day span. Interestingly, it wasn’t just a trip to every stadium. Ryan Bailey saw every team play a home game so he went to Met Life Stadium twice. Once each for Jets and Giants home games. And he did the same for the Chargers and Rams at SoFi Stadium.

By the end of his world-record-setting trip, Ryan Bailey watched 10 teams play three times and another 12 teams play two times.

Eric Smith is a team reporter for the Minnesota Vikings who spoke with Ryan Bailey on Sunday as the world record was set. Bailey praised historical stadiums like Green Bay’s Lambeau Field. He also said Allegiant Stadium in Las Vegas was near the top of his list.

Now that he’s set a new Guinness World Record, Bailey doesn’t plan to stop. He told the Vikings’ reporter he plans on going to a handful more NFL games this season and then the Super Bowl as his grand finale. He’s never been to a Super Bowl and hopes to check that item off of his bucket list this season.

I can’t really figure out which team Ryan Bailey actually roots for. Based on the @GoFor32 Twitter feed there’s not much to go by but there is one tweet joking about being biased about loving Ford Field so it’s possible that he’s a Detroit Lions fan.

If that’s the case, this whole world record trip makes A LOT more sense. Being a Detroit Lions fan doesn’t offer up a ton of joy. It’s more of a ‘labor of love’ than a hobby that brings a lot of joy, at least in recent years. Bouncing around to every NFL stadium and getting to see some really good teams throughout see season makes a lot more sense from a mental health perspective than watching the Lions lose every week.