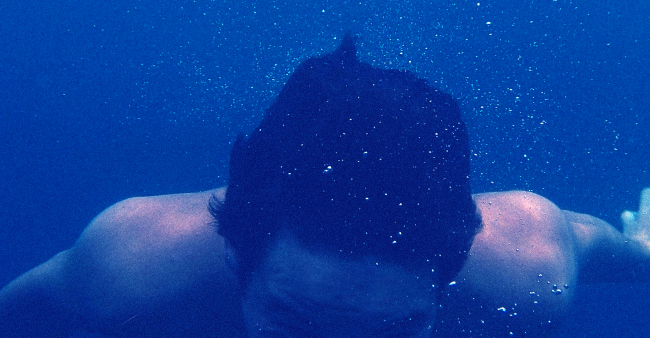 54-year-old Budimir Buda Sobat of Croatia broke his own personal record, and a Guinness World Record, for holding his breath this month by remaining submerged underwater for an insane 24 minutes and 33 seconds.

This is the point where I feel compelled to tell everyone reading this, “do not try this at home.”

Sobat, an ex-bodybuilder turned diver, broke his previous personal best, set in 2018, of 24 minutes and 11 seconds.

Sadly, back in 2018, Sobat did not get his record certified by Guinness, according to UPI, so he basically held his breath for almost half an hour and received little glory.

The previous world record for holding your breath, or static apnea underwater, according to Guiness, was a measly 11 minutes, 35 seconds.

Sobat blew that record, set at a swimming pool in the city of Sisak, right the hell out of the water, pardon the pun.

During his record-breaking attempt, Sobat says he used his daughter Saša, who is living with cerebral palsy, epilepsy and autism, as his inspiration.

In an interview with Jutarnji, Sobat said he doesn’t think about anything while he is diving, he just tries to feel the water. Whatever that means.

He also admitted that sometimes around the 18 minute mark of holding his breath body contractions occur and his abdominal muscles will spasm.

The rest of us would be long dead by then.

As a result of his record-setting dive, Sobat’s organization was able to raise funds for the Association of Persons with Disabilities of Sisak-Moslavina County, whose facilities were destroyed in a December earthquake.

“My goal is to just try to draw attention to the area affected by the earthquake and remind people of the children who were killed there and those left without homes,” he said.