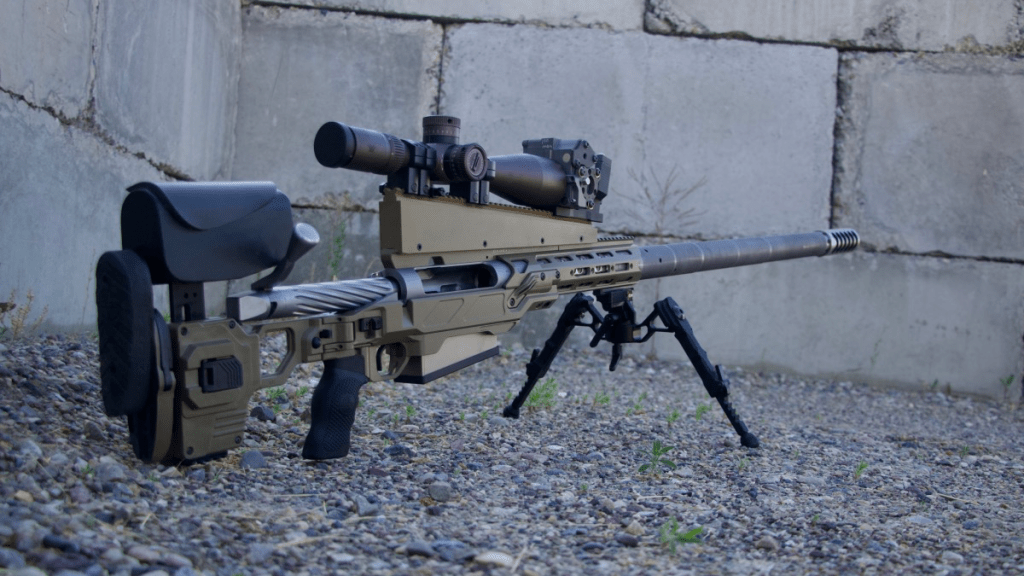 A group of long-range shooting instructors in Wyoming who previously guided a client to a world record for the longest rifle shot ever have just demolished that world record and set their own. Instructors Scott Austin and Shepard Humphries of Nomad Rifelman worked with a group of ‘half a dozen’ support staff to set this almost unfathomable new world record in the Wyoming desert.

Long-range shooting / long-distance shooting is 100% a team endeavor. The person pulling the actual trigger is just one tiny component of it all. So it’s interesting that the person who pulled the trigger on this new world record for the longest rifle shot ever is actually remaining anonymous.

In a press release from Nomad Rifleman, they reveal a few details behind the actual trigger man. It states “a friend who has a great trigger finger and a smart analytical business mind did the shooting.” The press release goes on to add “he is a quiet, self-effacing guy and made us promise that if we got a hit, we would keep his name and identity private, so let’s call him ‘Winston.'”

So for the purposes of this article, we’ll be referring to the anonymous triggerman as Winston even though it was the entire team compiled by Scott Austin and Shepard Humphries who get credit for this new world record for the longest rifle shot ever recorded.

If you’ve ever wondered what long-range shooting instructors do on their off days, it’s this. They get together with their buddies and smash world records. In this clip of the world record-setting longest rifle shot, it actually takes the bullet a whopping 24 seconds to reach the target!

Here is the spotter’s view of that hit:

That successful shot came on their 69th attempt of the day. There was over half a dozen people tracking wind conditions, the location of each shot, all the other environment factors, and relaying this between the teams.

The logistics that went into setting this world record are pretty mind-blowing.

Notice that the camera filming the shot is situated a little blow and to the left of the target. It’s relatively close. But it is 4.4 MILES AWAY from the shooters in the Wyoming desert.

The range to miss a shot from that distance is enormous. And in order for the shooters to hone in on the target with each shot they needed detailed information on where the previous shot landed. This meant that certain team members needed to be near the target to relay this information back to the shooters.

If you are following along, this means that in order to set this world record for the longest rifle shot ever recorded they needed a team of people next to where they were shooting. This clearly put them in danger of actually being shot at because of the variance from that distance.

Steel bunkers to the rescue! 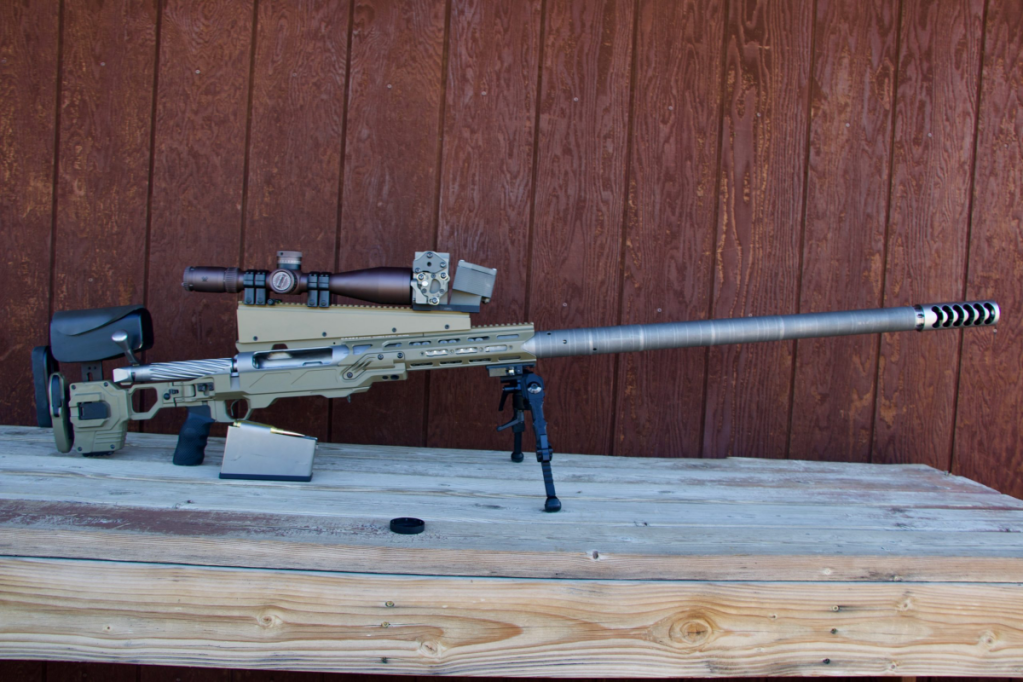 Once that was settled, they set about constructing the target itself. It measured 120 inches wide and 92 inches tall with an 80-inch circle in the middle and it was constructed out of two sheets of 4’x10’ thin metal.

Now, we skipped over the fact that they needed a very specialized rifle to pull off a shot longer than 4 miles… So they turned to friends in nearby Idaho to help.

The model used for the 4.4 mile world record for longest rifle shot ever was custom built.

According to the press release, S&S Sporting in Idaho built their custom rifle and custom ammunition for this shot. S&S Sporting rifle builders Scott Null and his sons Meshac and Nehemia built them a ‘space aged thing of beauty’.

An article on OutdoorLife has the full rundown of the specs on this record-setting custom rifle: 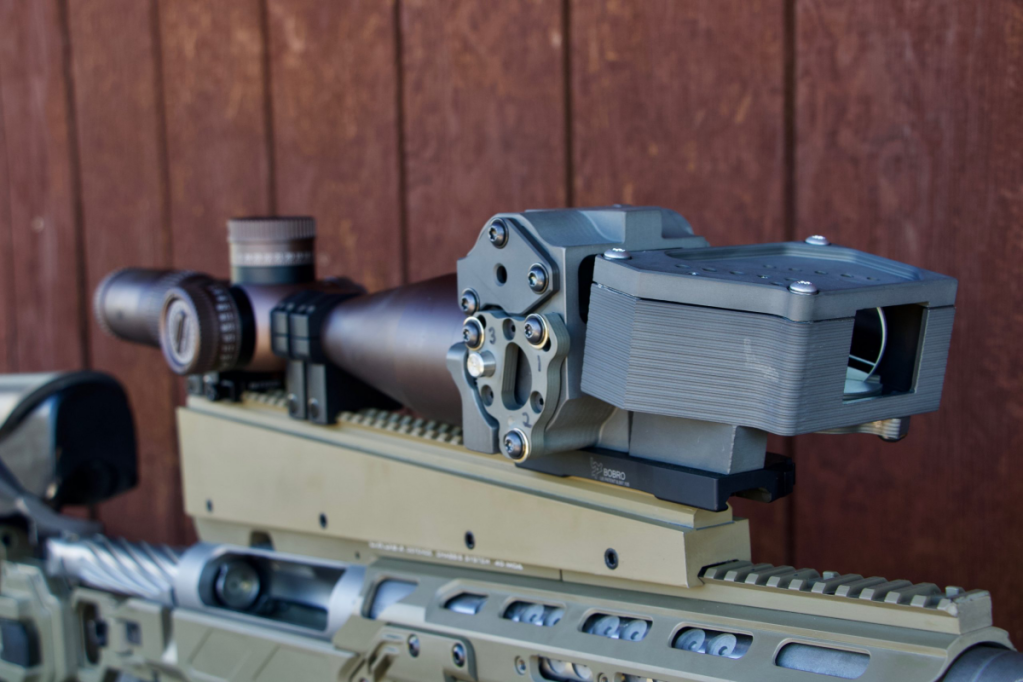 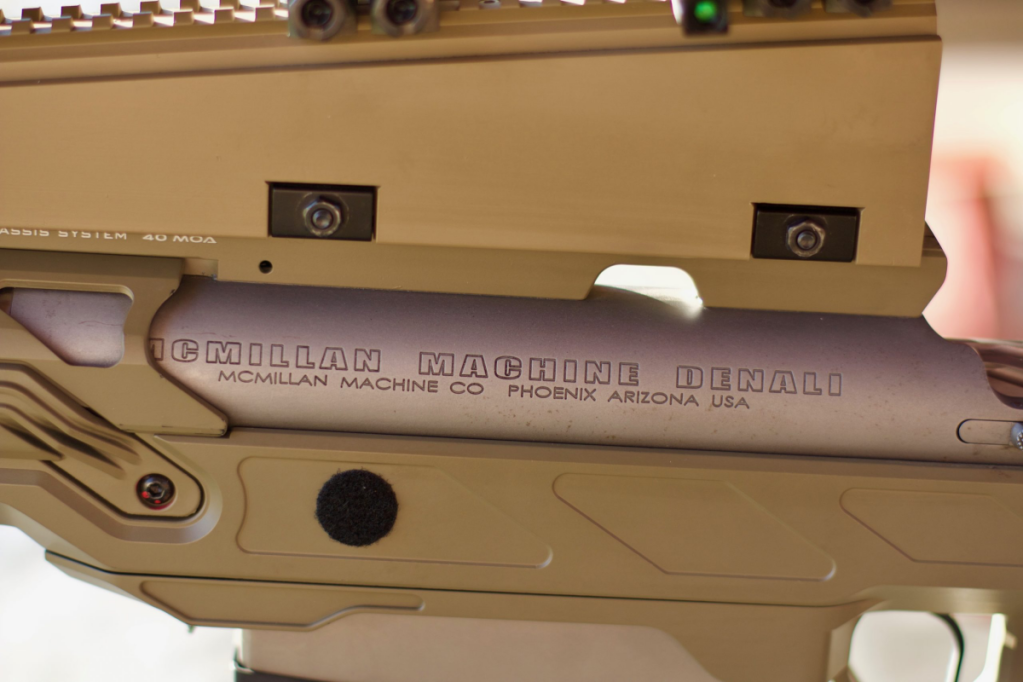 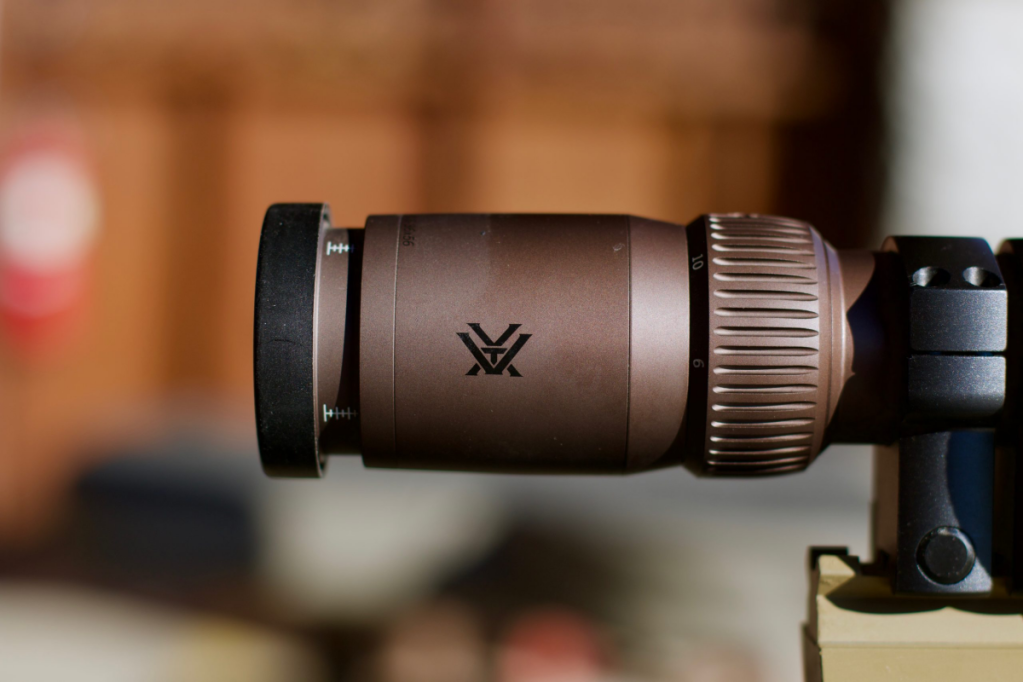 Then on September 13, 2022, after the logistics had been settled, they went to their chosen spot in Pinedale, Wyoming.

Setting the world record for the longest rifle shot in history.

They fired the first shot at 7 AM when the wind was the calmest in this part of the Wyoming desert. 68 shots later, they’d set a new world record for the longest rifle shot ever but A LOT of work was done in between.

Given that most shots were just landing in the side of a grass hill, it was extremely difficult to track where each bullet was going. According to the press release, over 90% of the shots fired didn’t have any dust signature at all and they simply had to guess where it might’ve landed. The two teams were communicating via radio all morning and sharing detailed information on where they believed each shot was landing.

Nearly 5 hours later (around noon) with ‘ominous clouds on the horizon’ the anonymous triggerman named ‘Winston’ pulled the trigger and set the new world record for the longest rifle shot ever recorded. For anyone who is into long-distance shooting, here is the technical breakdown from the press release of their record-setting shot:

“Scott made the wind and elevation call of 1,092 MOA up and 17 MOA left. In our original release, I forgot to include that we added a 36 MOA left mechanical wind adjustment at the beginning of the day for a total of 53 MOA for the hit. Our calculation for spindrift was 93.80” right.

We did not take into account the Coriolis. Much of that is lost in the weeds with respect to wind (6-9 mph), temperature rising (constantly adjusting elevation), and time of flight. The bullet’s flight path is over 2500 feet above line-of-sight. And there is a lot going on up there that we are unable to predictably compensate for. If it had been an absolutely dead-calm day it definitely would be one more variable to try to address.”

The spotters immediately heard the reverberation of the shot. Well, after the 24 seconds it took the bullet to travel and hit the target. There were five spotters who then approached the target and found the fresh bullet pentration.

At that point the team had the logistics dialed in. They could have theoretically fired off a few more shots and hit the bullseye. Doing this would’ve determined if it was a fluke or not.

Instead, the team was exhausted. They had been out there for over 5 hours and were ready to call it a day.

As for whether or not it was ‘luck’, Shepherd would later say “‘luck’ isn’t the right word. perhaps ‘probability’ is a better word. Had Winston shot another 50 shots, none might have hit the target, or at best, perhaps a few would have, and they probably wouldn’t have been in the bullseye.”

More questions about the longest rifle shot ever answered

Here are some additional questioned answered that fans have about this record-setting achievement for the longest rifle shot ever:

You can find the Nomad Rifleman press release here to learn more about this record-setting achievement.