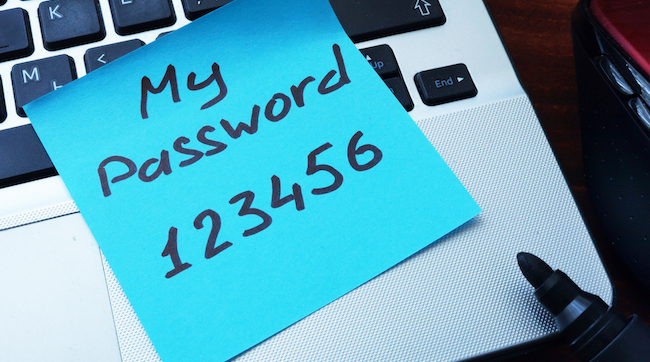 People have been hacking virtually every form of technology since the telegram, and the implications of these attacks have only increased as more sophisticated forms of communication are introduced to the world. However, the stakes have gone up almost exponentially as people have become increasingly reliant on computers and the internet to function.

Many of the most popular platforms have been compromised in the past few years. Someone infiltrated Tinder to stage an elaborate catfishing scheme, iPhones fell victim to a text message scam, six million Instagram users had their contact info stolen, and people had their computers hijacked by hackers looking to cash in on the Bitcoin boom. Game of Thrones fans also had to thread lightly online to avoid spoilers in the wake of an HBO hack earlier this year.

At times, there is only so much you can do to protect yourself online, but there are plenty of guides on the internet filled with suggestions about decreasing the likelihood of being exploited. One of the most common (and most obvious) pieces of advice is figuring out how to keep your password(s) safe.

The password managing company SplashData scoured a list of 5 million leaked password obtained from a variety of websites (in addition to the 2013 Yahoo data breach) to figure out the world’s most popular passwords, and it appears people haven’t learned their lesson since 2015. Humans might be inherently lazy, but you’d think the general population would at least put a little bit of effort in protecting themselves in a time when virtually all of your personal information is online.

UPDATE: Dashlane recently compiled a list of category-specific passwords, so if you have an affinity for a certain sports team, emotions, or some aspect of pop culture, you might want to think twice before using these. 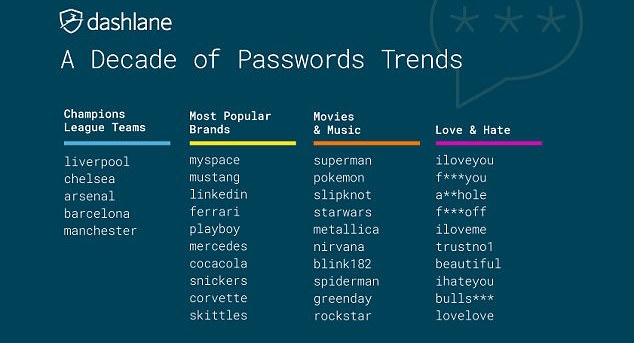 The list was shared by The Daily Mail, so even if you don’t have a European soccer club as your password, its safe to assume words like “cowboys” and “yankees” aren’t exactly the best options.

One of the best ways to protect yourself is to download a password manager, which generates a random mix of numbers, letters, and symbols that will autofill when you visit your favorite websites.